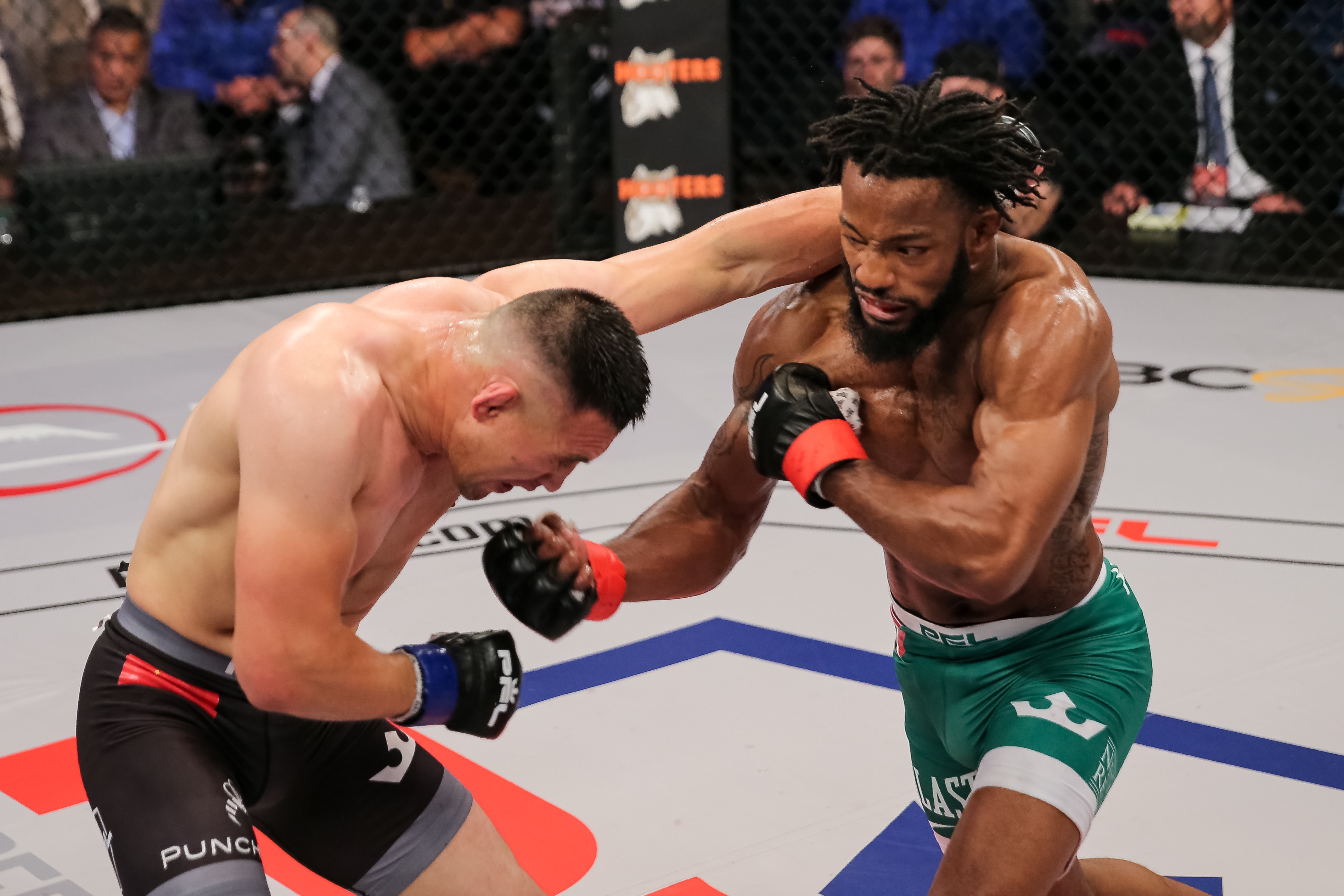 The Professional Fighters League (PFL), the world’s only major mixed martial arts league, announced today that they are partnering with Mark Burnett, President of MGM Television Group & Digital and MGM Television and to develop and produce new content and programming in addition to the core PFL league season. The PFL 2018 league season debuts June 7 and consists of 11 events live on NBC Sports Network and Facebook Watch.

The Professional Fighters League is the first organization ever to present MMA as a true sport with individual fighters competing in regular season, “win-and-advance” playoffs, and season-ending championship. The new partnership with MGM Television will bring unscripted programming and short-form content to PFL’s multi-platform distribution designed to maximize engagement with MMA’s 300 million fans worldwide.

“We are thrilled to partner with MGM Television and Mark Burnett,” said Peter Murray, Chief Executive Officer of Professional Fighters League. “His creative vision for delivering innovative live content is among the absolute best the industry has to offer - and that is exactly what we want to bring MMA fans this season.”

“It’s no secret that MMA’s audience is rapidly growing and PFL has an enormous global presence. As an enthusiast for innovation within the television industry, I’m passionate about the growth and vision of PFL as it launches its season in the format that fans love in all other sports,” said Mark Burnett. “They’re elevating the sport in an entirely new way and I’m looking forward to being part of it.”

In addition to the live events, the development deal will feature PFL’s “What Do you Fight For?” programming that brings viewers short-form digital & social content that will showcase the day-to-day lives and back stories of  the fighters, designed to help build online communities of PFL’s fan base and encourage engagement among fans, fighters, and PFL’s on-air talent. Viewers can follow PFL athletes through an array of short-form original content, such as the "Top 10 of The Week, Path to the Finals, 24:7: Life of a Fighter, and "Inside the Gym" Cam.

“PFL is thrilled to partner with Mark Burnett the innovator and icon who invented and perfected unscripted TV,” said Donn Davis, Co-Founder and Chairman of the Board of the PFL. “The PFL is re-imagining MMA and the start of the 2018 Season June 7 will bring fans the same excitement and “hey, I have never seen that” reaction they felt when Survivor debuted and ushered on the new age of television.”

ABOUT PROFESSIONAL FIGHTERS LEAGUE
The Professional Fighters League brings the sport format to MMA for the first time with a regular season, post-season, and championship. The PFL is co-founded by Donn Davis, Russ Ramsey, and Mark Leschly and backed by business titans in sports, media, and technology. The Professional Fighters League purchased the fighting operations and event infrastructure of the World Series of Fighting (WSOF) and will launch its first season in June 2018 on NBC Sports Network and Facebook. For more visit www.PFLmma.com.