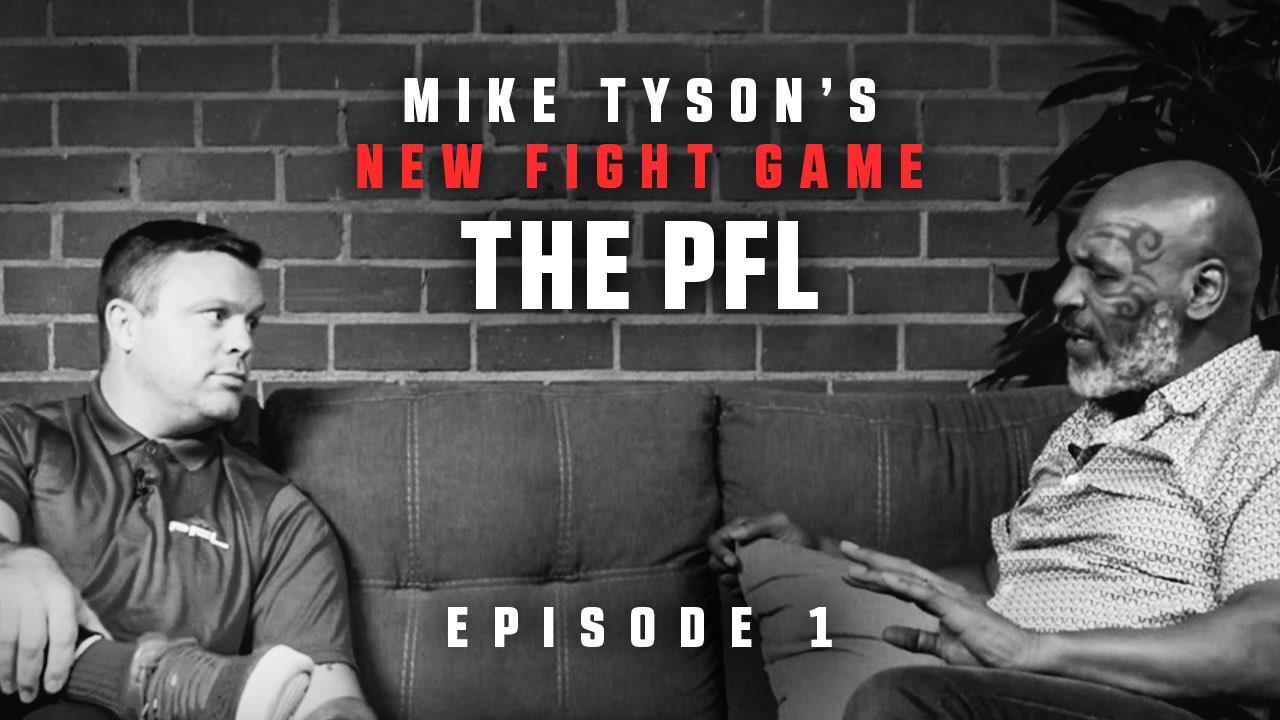 NEW YORK (October 10, 2019): The Professional Fighters League (PFL), the first to present MMA in the sport-season format where individual fighters compete in a Regular Season, Playoffs, and Championship, has announced a strategic partnership with Mike Tyson.

The first initiative under the strategic partnership is a new MMA series -- “Mike Tyson’s New Fight Game: The PFL,” which is produced at Tyson Ranch, where Mike also films his popular video podcast talk show Hotboxin with Mike Tyson.  This new PFL series will provide fighter perspective, inside analysis, and irreverent discussion never before experienced in combat sports.

“I’m attracted to the fight model of PFL because they empower their fighters,” said Mike Tyson. “PFL is leading MMA into the future and I’m excited to be a part of this conversation.”

“Nobody on earth has experienced fighting and life like Mike Tyson,” said PFL Co-Founder and Chairman Donn Davis. “He brings one-of-a-kind insights to recruiting great fighters and promoting great fights.”

“This new PFL series takes you inside the fighter journey through the eyes of the most iconic warrior of our generation,” said Peter Murray, CEO of the PFL. “The PFL has the toughest fighters in the world as they must fight twice and win twice in the same night in the PFL Playoffs to advance to the PFL Championship.  How did they get to this point? What is going on in their minds? There is no one better to dive into these fighter stories than Mike Tyson.”

The Professional Fighters League (PFL) is the first to present MMA in the sport-season format where individual fighters compete in Regular Season, Playoffs, and Championship.  PFL’s unique format and exciting fights have made it the fastest growing new sports league.  PFL events are viewed Thursday primetime live in the U.S. on ESPN2 and ESPN+ and in 150 countries around the world with leading global media partners.

PFL 2019 Season features elite MMA athletes across six weight-classes, including the first-ever 155-pound women’s division, with each fighter having two fights during the PFL Regular Season in May, June, July, and August.  The top eight fighters in each weight-class advance to the single-elimination PFL Playoffs in October, where fighters must fight twice and win twice in the same night to advance to the finals.  PFL Championship is New Year’s Eve with the winners of each title bout being crowned PFL World Champion of their respective weight-class and earning $1 million.  Viewers are delivered next-gen stats never before seen in MMA through the PFL’s proprietary SmartCage™ platform and Cagenomics™ technology.

Mike Tyson is a boxing legend and one of the most recognized sports personalities in the world, as well as an acclaimed entertainer and pioneering entrepreneur.  Mike was the youngest heavyweight boxing champion at age 20 and the only boxer to unify the three heavyweight titles.  Mike holds a lifetime 50-6 record and retired from the sport in 2006.