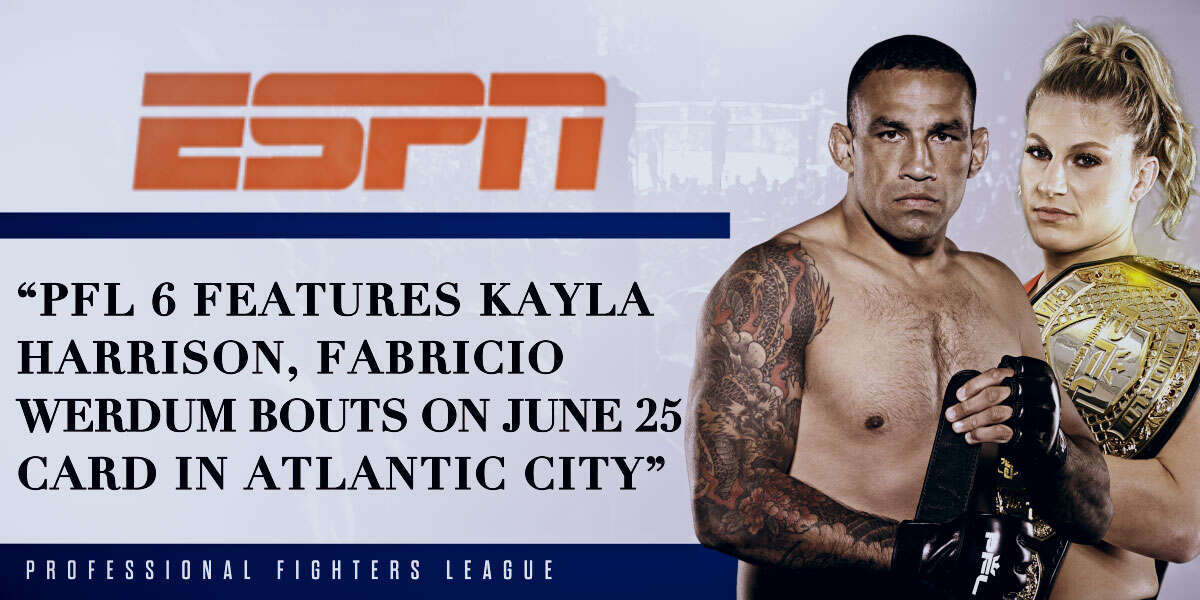 Kayla Harrison, the self-proclaimed "baddest woman" in mixed martial arts, will return to action against Cindy Dandois in the main event of PFL 6 in Atlantic City.

PFL officials announced the league's next round of heavyweight and female lightweight matchups on Tuesday, ahead of the PFL 6 event on June 25. Harrison (9-0), the PFL's 2019 tournament champion, will take on Dandois (16-6), an 11-year veteran of the sport. The event will air on ESPN2 and ESPN+.

In addition to the main event, former UFC champion Fabricio Werdum (24-9-1) will face Brandon Sayles (6-1). Werdum is coming off a controversial no-contest in the opening round against Renan Ferreira. Werdum initially lost the bout via TKO in the opening round, but only after the referee missed Ferreira tapping to a submission. Officials changed the result to a no-contest after review.