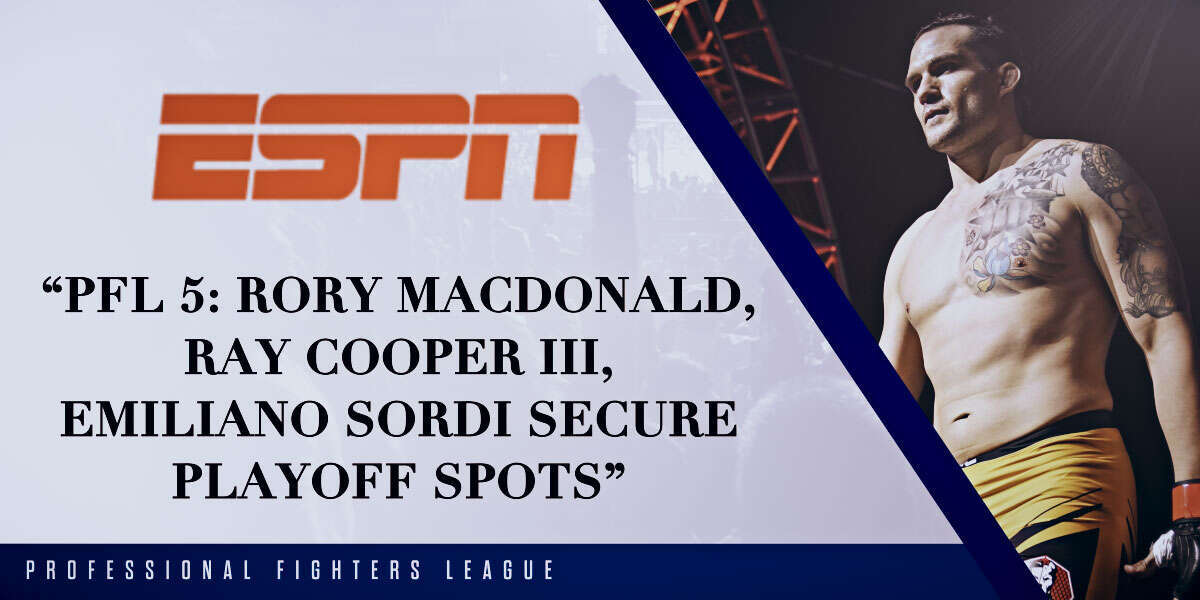 A strange night for the PFL ended with its most bizarre moment.

After prize signee Rory MacDonald had put on an efficient performance to neutralize the power of Gleison Tibau for three rounds in the welterweight main event of PFL 5 Thursday night in Atlantic City, New Jersey, the verdict came in -- and somehow, it was a split-decision victory for Tibau.

All three judges scored the bout 29-28, with two of them going for Tibau -- despite the fact that MacDonald, a former Bellator champion and UFC title challenger, landed more than twice as many strikes, scored a takedown, and controlled the flow of the fight from start to finish.

MacDonald still earned a playoff spot, on the strength of points earned in a first-round submission victory in his season opener back in April. But the loss made MacDonald the No. 2 seed, putting him in a semifinal matchup with 2019 season champion Ray Cooper III -- one of three former champions who made the playoffs after Thursday night opened with their spots in question.