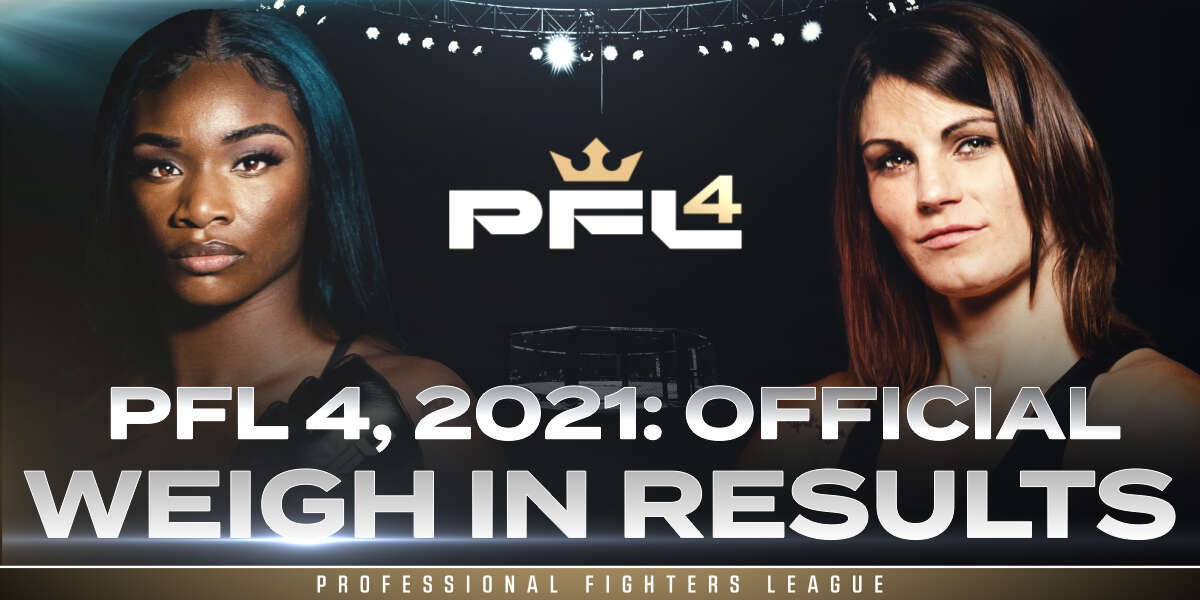 The Professional Fighters League (PFL) held the weigh-ins for its fourth event of the 2021 season Wednesday, June 9. The official pre-fight check took place at the Ocean Casino in Atlantic City, N.J.

Before Shields makes her debut, early tournament standouts such as Clay Collard and Bubba Jenkins as well as noted veterans such as Natan Schulte, Marcin Held, Chris Wade, and Olivier Aubin-Mercier will take the cage with a chance to qualify for the PFL playoffs.

The ESPN2 card also features a can’t-miss featherweight throwdown between Brendan Loughnane and Tyler Diamond. Loughnane captured the attention of fight fans in his PFL regular season debut, knocking out Sheymon Moraes in one round and earning six points in the process. If Loughnane finishes Diamond Thursday, he will enter the playoffs as the No. 1-seeded featherweight.

The nine-fight card kicks off Thursday night, June 10, with a preliminary card airing live on ESPN+ beginning at 7 p.m. ET. The remainder of the card will shift to ESPN2 (ESPN+ simulcast) at 10 p.m. ET. For additional broadcast details, click here.