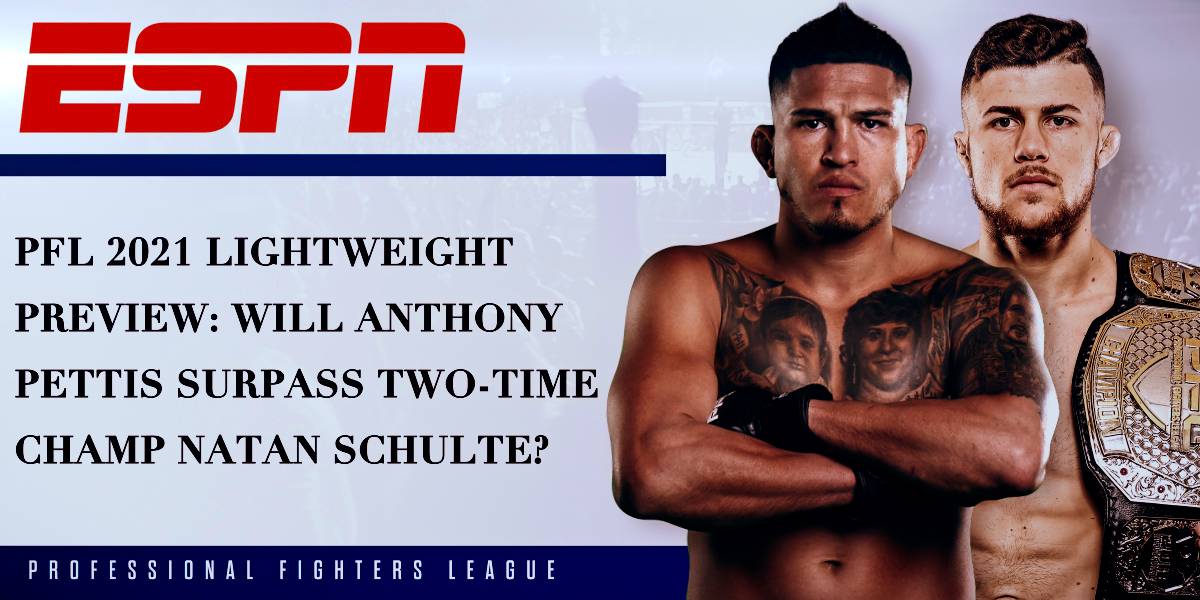 Anthony Pettis has been a champion in two MMA promotions, most notably the most star-studded in the world, the UFC. He has defeated many of the greatest lightweights in the sport, including others who also have worn the gold. The man has been on the cover of a Wheaties box! And Pettis has done all of this in swashbuckling style, embodying the nickname "Showtime."

But when he makes his PFL debut on April 23 at the opening event of the organization's 2021 season, Pettis might as well take on a new moniker: "Litmus Test."

The former UFC and WEC champ's main event against Clay Collard at Ocean Casino Resort in Atlantic City, New Jersey, will of course be a proving ground for the 34-year-old Pettis, but it also can be perceived as a measuring stick for the PFL, which has been idle since 2019 because of the coronavirus pandemic. Pettis is one of six new faces in the lightweight division alone.

The company has leaned heavily into hyping a narrative that this season's addition of Pettis, former UFC heavyweight champion Fabricio Werdum and ex-Bellator welterweight champ and UFC title challenger Rory MacDonald, among other notables, has elevated the PFL into the position of No. 2 fight organization in MMA, behind only the UFC.

It feels like a shot fired directly at the bow of longtime second-fiddle promotion Bellator.

The performances of Pettis, Werdum, and MacDonald, plus the showings of other new additions fresh off the UFC roster, will go a long way toward establishing where the PFL belongs in the MMA landscape. How will the new blood stack up against the iron of the PFL, such as lightweight Natan Schulte and featherweight Lance Palmer, both of whom won the $1 million prizes at the end of each of the first two seasons?