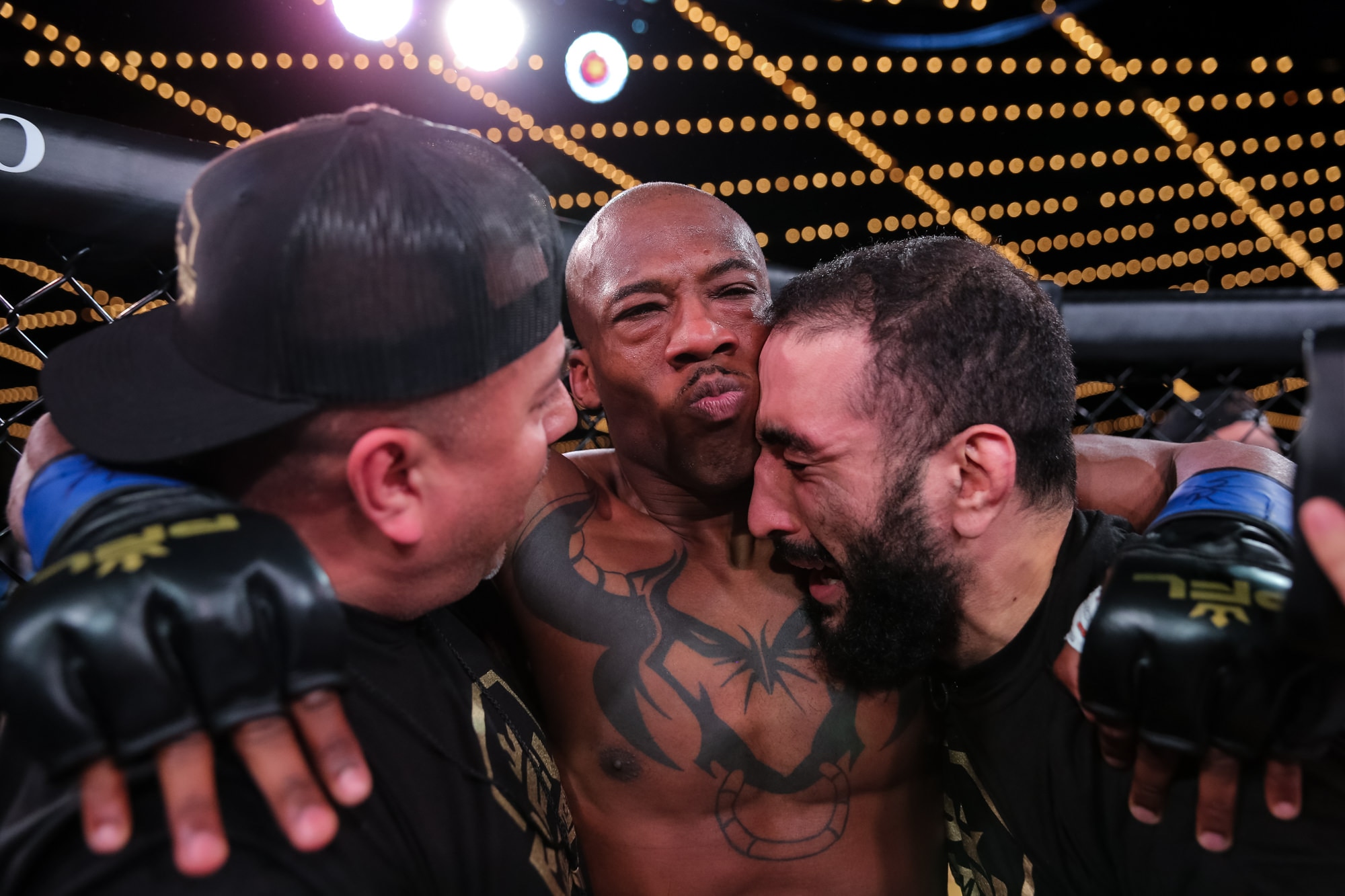 The Professional Fighters League closed out 2018 with an entertaining night of fights that saw six fighters get $1 million checks for winning their respective tournaments.

There were several surprises along the way, including in the main event, as Ray Cooper III was choked out by Magomed Magomedkerimov in the welterweight final. By far the most heartwarming moment of this New Year’s Eve special at Madison Square Garden’s Hulu Theatre was UFC veteran Sean O’Connell weathering the early storm from Vinny Magalhaes, as he was able to rally back and render Magalhaes unable to continue after three rounds. O’Connell then announced his retirement, and considering he’s a radio host and a PFL broadcaster, not a bad way to end your MMA career than with a big payday following an upset win.

Others who prevailed and were crowned PFL champions were heavyweight Philipe Lins, lightweight Natan Schulte, featherweight Lance Palmer (who was the WSOF champion before it rebranded as PFL), and kicking the night off was a stunning KO by Louis Taylor to win the middleweight title against Abus Magomedov.

In non-tournament action, rising women’s MMA star Kayla Harrison won in lopsided fashion against Moriel Charneski, as she continues to build up her career and raise her profile.B