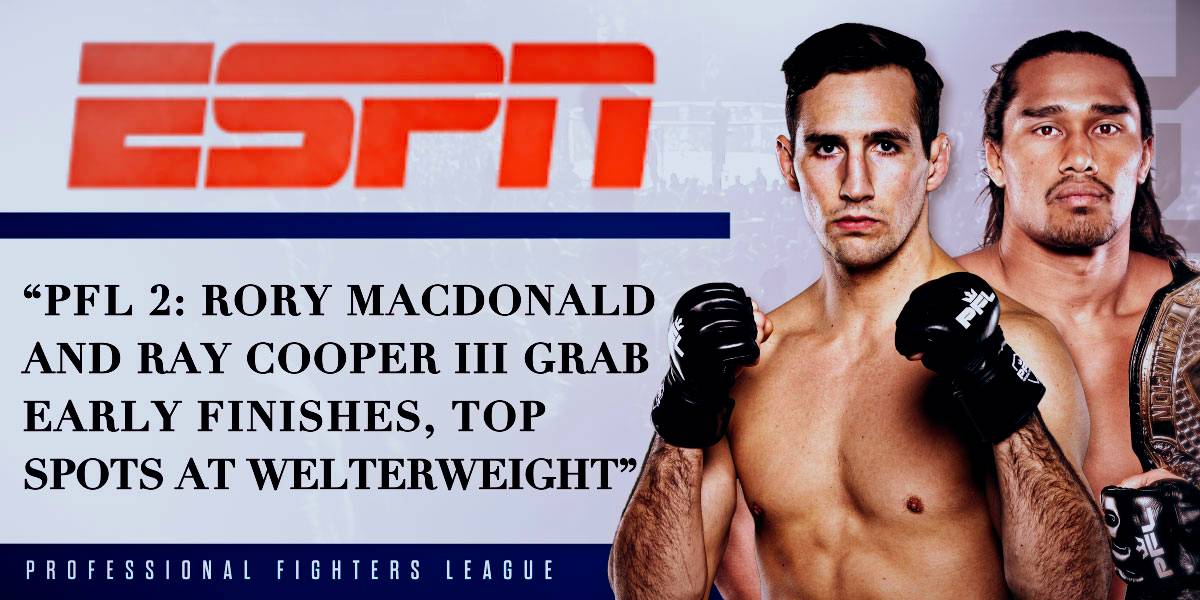 Rory MacDonald once came within a round of becoming UFC welterweight champion. He later did win the Bellator title. And on Thursday night, he had a successful start to his quest to capture the 2021 PFL welterweight championship and the $1 million prize that comes with it.

MacDonald (22-6-1) systematically broke down Curtis Millender in the main event of the second PFL event of the 2021 regular season, getting a first-round submission to close out an eight-fight card of welterweight and light heavyweight bouts at Ocean Casino Resort in Atlantic City, New Jersey.

The 31-year-old fighting out of Montreal earned 6 points for finishing Millender (18-7) inside one round. MacDonald had to work in a clinch for nearly a minute to get the takedown, but once he did he seized dominant position on his opponent's back, with a body triangle controlling Millender.