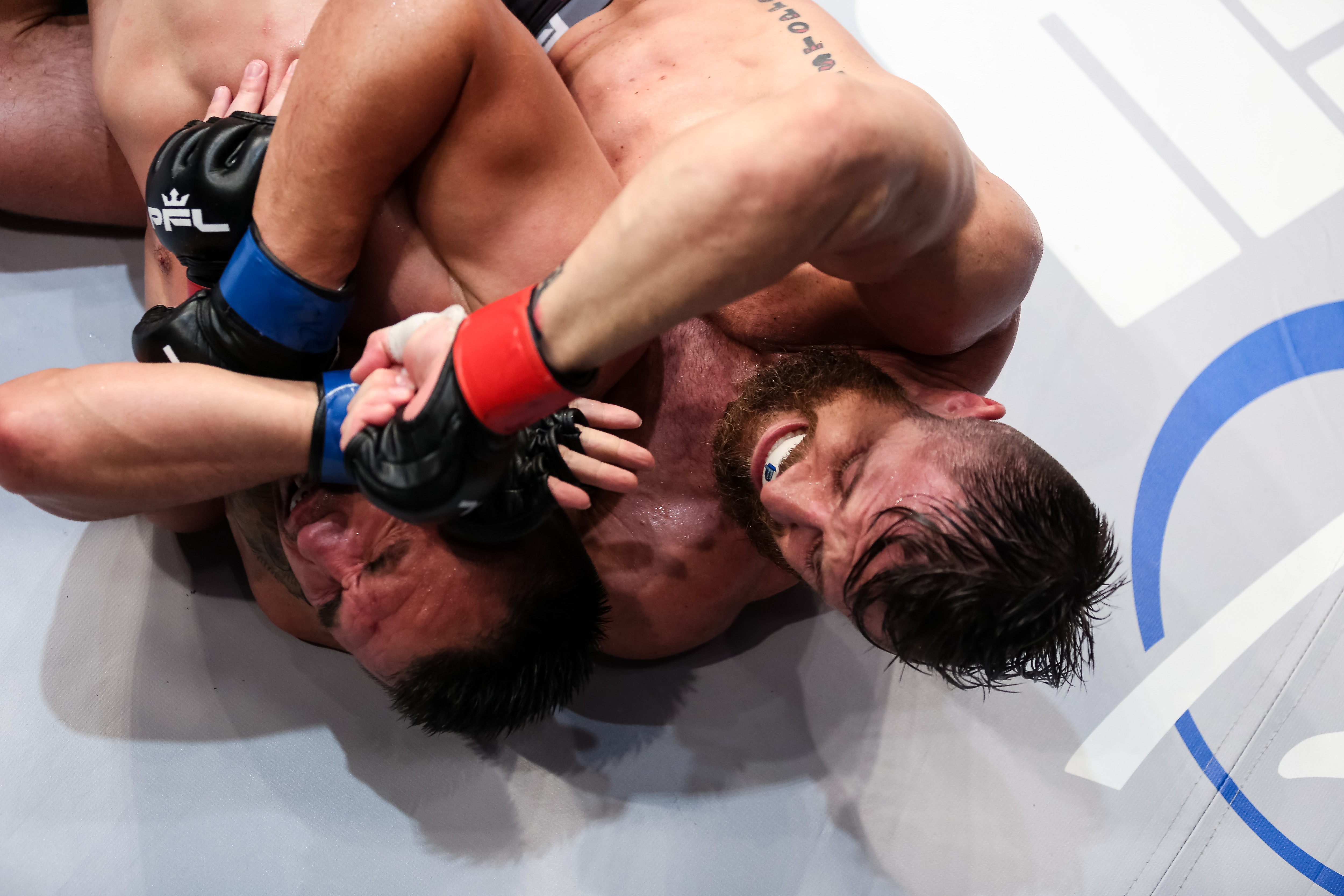 After coming into the 2018 Professional Fighters League regular season on a high note following a win over Steven Siler to close out 2017, featherweight Lance Palmer has keep things rolling with two straight wins heading into the playoffs.

Palmer was able to pick up back-to-back submission wins starting in June against Bekbulat Magomedov, and then the following month versus Tuerxun Jumabieke.

“I feel like everything is going as planned so far,” Palmer told MMAWeekly.com. “Against Magomedov I got a second round finish, and I felt I controlled the fight from start to finish.

“The second fight (with Jumabieke) was a good fight also. It was a good showcase to show I could mix everything up; on the ground, on the feet; I worked everything in that I could work in before I got the finish.”