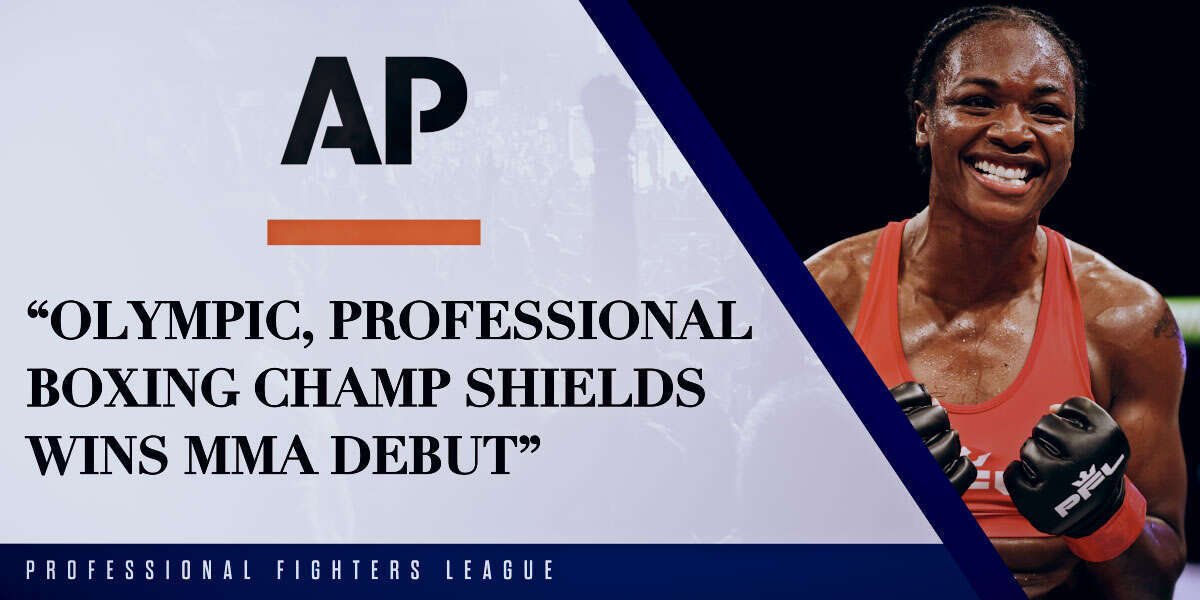 Shields made short work of Brittney Elkin, and the mixed martial arts novice proved she might have a future in the sport with a TKO win on Thursday night in the main event of a Professional Fighters League card.

“I’m not losing this fight,” the undefeated boxer said.

Shields proved in her 155-pound lightweight fight she’s just as adept at unleashing a beating in mixed martial arts. She shook off a slow first two rounds before she got Elkin on the ground and needed a few heavy shots to cause the decisive damage. She earned the win with a right hand from the top at 1:44 of the third round.

“I feel like I am dreaming. This is crazy,” she said.

Shields ditched some of the flamboyant costumes she’s worn in boxing (where she’s 11-0) for straight red trunks and top. She still wore her hair in a blue ponytail to raise awareness to the clean water fight that’s gone on for years in her Michigan hometown.

She already won the light middleweight, middleweight and super middleweight crowns in her boxing career and was the fastest fighter in history — either male or female — to become a three-division world champion. Shields only started her MMA training in December at the Jackson Wink MMA Academy in Albuquerque, New Mexico.

Shields calls herself the GWOAT — yes, the Greatest Woman Of All Time,

At least in boxing.