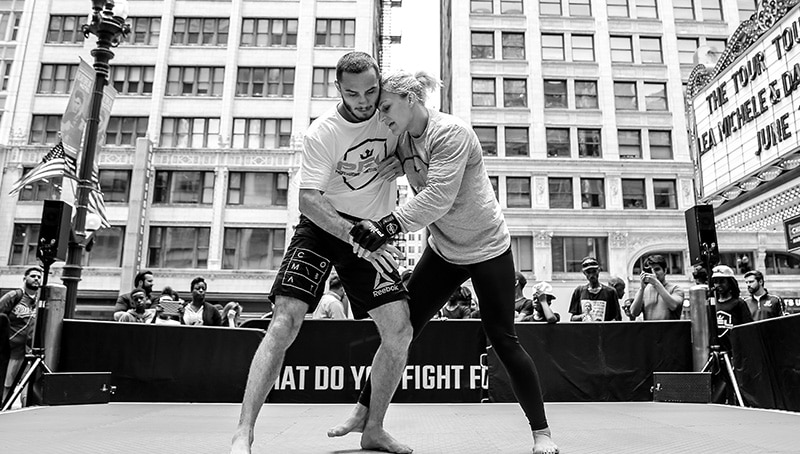 As she prepares for Thursday’s PFL 2, which will also serve as her MMA debut, Kayla Harrison says she hasn’t been this nervous since the World Junior Judo Championships.

That was the first big stage in which Harrison competed when she was about 18. She won. And considering Harrison would continue to do a whole lot of winning from then on, taking two Olympic gold medals in the process, maybe nerves aren’t such a bad sign after all.

“I tend to shine under the lights,” Harrison told reporters, including MMAjunkie, after open workouts outside Chicago Theater on Tuesday. “I tend to thrive under that pressure. I’m looking forward to it. Really, I’m just excited to see how I handle this new platform.”