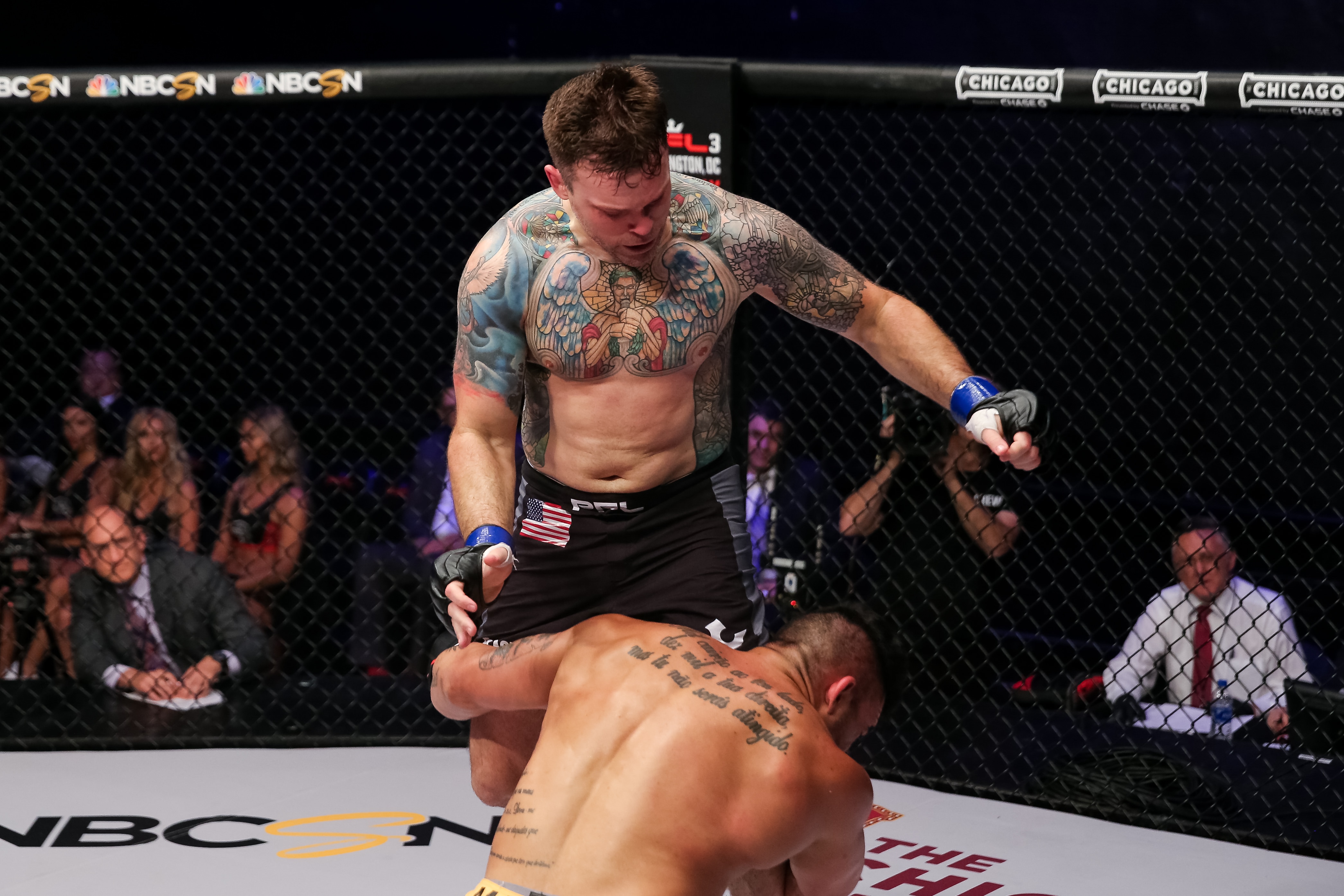 It’s pretty rare to see an analyst who’s also an active athlete, but that’s shown up a few times here and there with analysts who are injured (Greg Olsen), not playing on the particular day (Tim Howard), or even briefly coming out of retirement (Dale Earnhardt Jr.). It’s maybe even more unusual to see someone broadcast part of an event they’re also competing in, though, and that’s what Sean O’Connell did twice earlier this year in the Professional Fighters League.

O’Connell, who competed in several UFC fights between April 2014 and December 2016, signed with the PFL this year, and called preliminary fights on Facebook Watch before competing as part of the main card in PFL 2 (in Chicago in June, where he beat Ronny Markes by TKO; he’s seen above in a still from his post-fight press scrum) and PFL 7 (in Atlantic City in August, where he lost to Bozigit Ataev by TKO). He’ll be fighting in the PFL’s second of three playoff events, PFL 9, which takes place Saturday in Long Beach. Winners there must win two fights on the night, and they’ll will move on to the finals in New York City on New Year’s Eve, where a $10 million purse will be paid out across six weight classes.