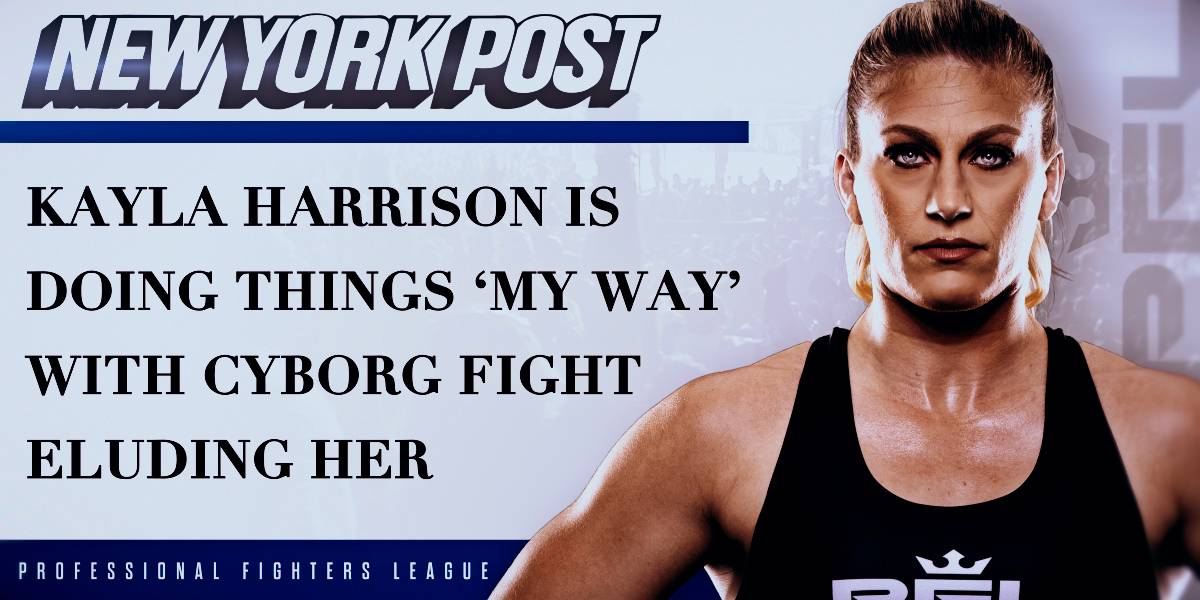 Kayla Harrison rose to prominence on the strength of consecutive Olympic judo gold medals, but she’s all about that MMA life coming up on three years after her debut in the sport.

Well, except when it comes to trash talk. She’s definitely in the wrong sport for that when squeaky wheels like Conor McGregor and Ronda Rousey got the most oil over the years.

“I know. I know,” Harrison, with resignation in her voice, told The Post over the phone earlier this month. “But I’m just gonna do it my way.”

So far, Harrison’s way is working out just fine, as the reigning Professional Fighters League women’s lightweight champion from the 2019 season — last year’s planned third season was postponed due to the coronavirus pandemic — prepares to repeat as the $1 million prize winner at the end of this upcoming campaign.