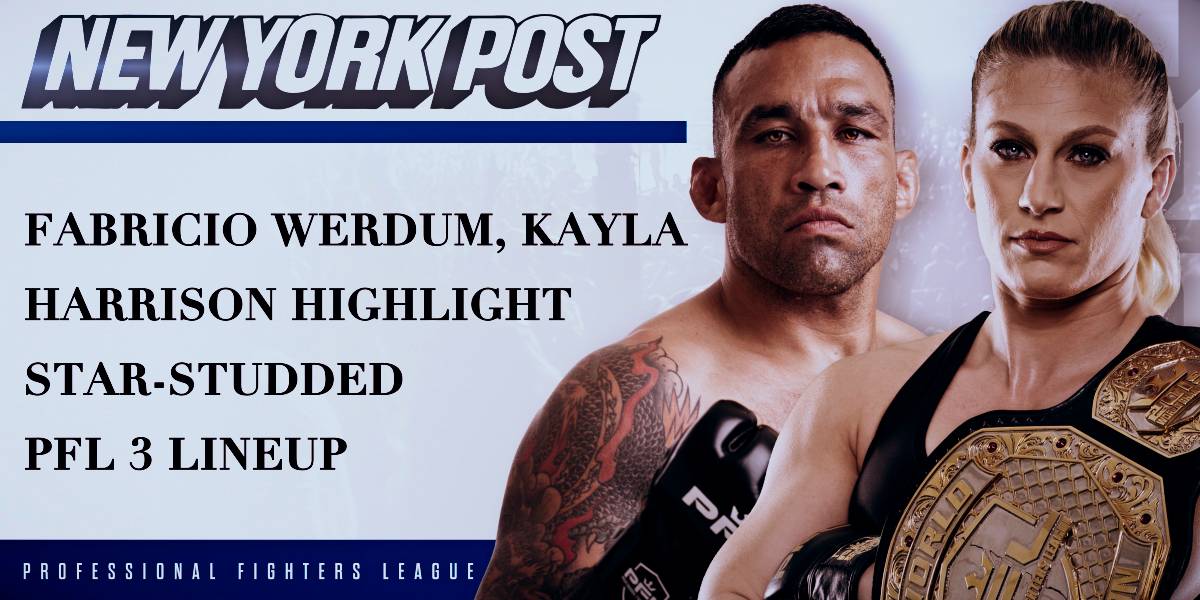 Professional Fighters League’s most accomplished man and woman will both be in action for its third event of the 2021 season.

Fabricio Werdum, the former UFC heavyweight champion who signed on as a free agent last November, will make his debut with the organization at PFL 3 on May 6 against Renan Ferreira in the evening’s headliner. In the co-main event, Kayla Harrison begins the defense of her 2019 women’s lightweight season championship against Mariana Morais.