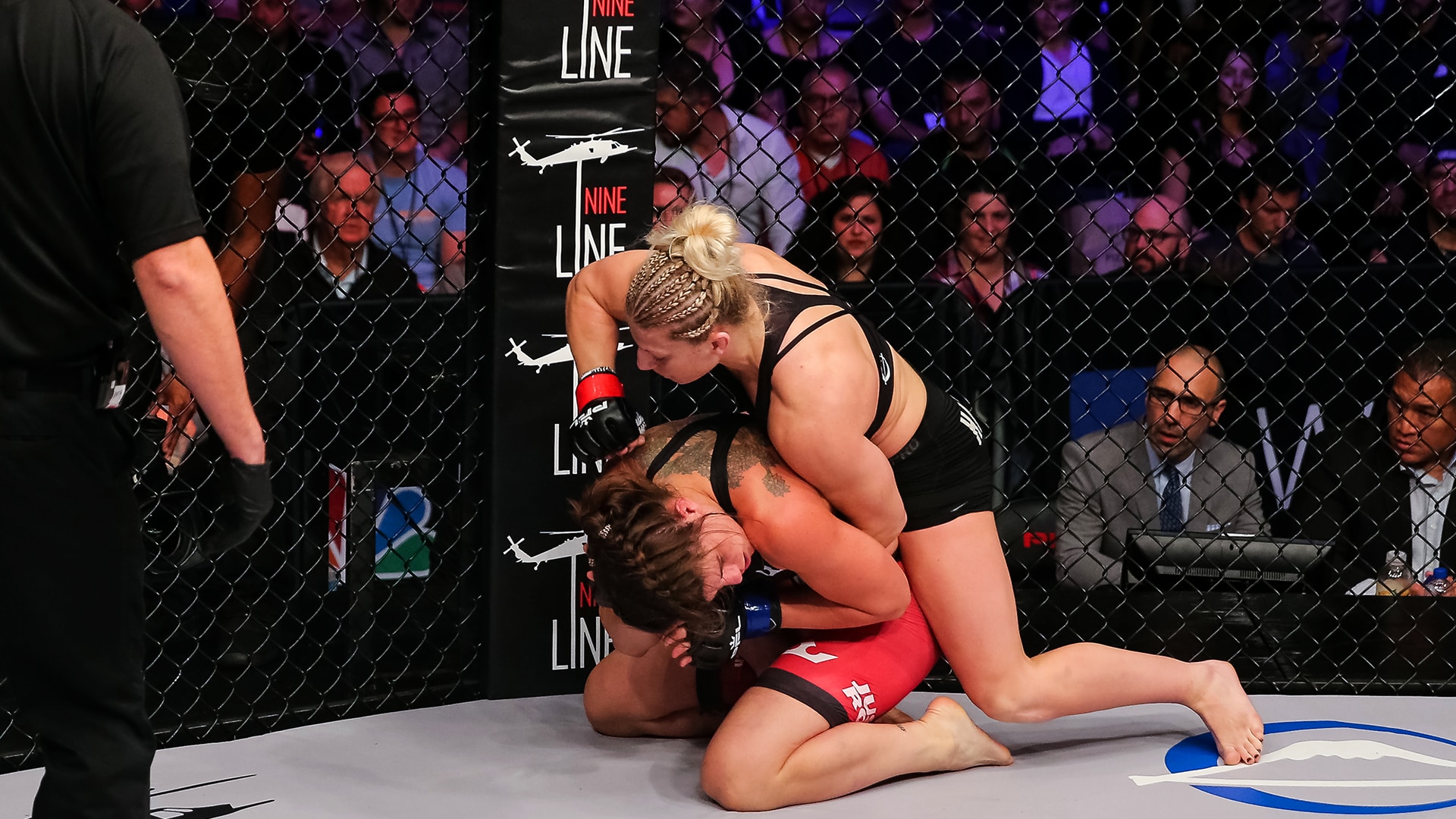 From the moment Kayla Harrison announced she’d be pursuing a career in MMA expectations have been high and she’s embracing that challenge.

That’s not at all surprising given that Harrison demolished the competition during her time as a world class judoka, becoming the first American to win Olympic gold in the sport at the 2012 games and repeating the feat four years later. With nothing left to prove in judo, Harrison was naturally pushed to follow in the footsteps of former training partner Ronda Rousey (who went on to become a UFC megastar) and try her hand at professional fighting.

So far, the results have been promising. Debuting at Professional Fighters League 2 in June, Harrison needed less than a round to slap a fight-ending armbar on Brittney Elkin. In her second fight at PFL 6, Harrison faced the more experienced Jozette Cotton and though she picked up another finish, this time by third-round TKO, it took longer than she would have liked.

It wasn’t until Harrison’s team had a chance to speak to her afterwards that she was able to appreciate her own performance.

“Initially, I actually got off the mat, got out of the cage, and I was really upset,” Harrison told Luke Thomas on The MMA Hour. “Really frustrated, really emotional about it because I want to be the best in the world and you can’t be the best in the world if it’s taking you that long to put away people, but once I calmed down, once I talked to Mike (Brown), and ‘Big Jim’ (Jim Pedro Sr.), and I talked to Tony (Martin), sort of let the emotions settle, I realized that’s invaluable experience.