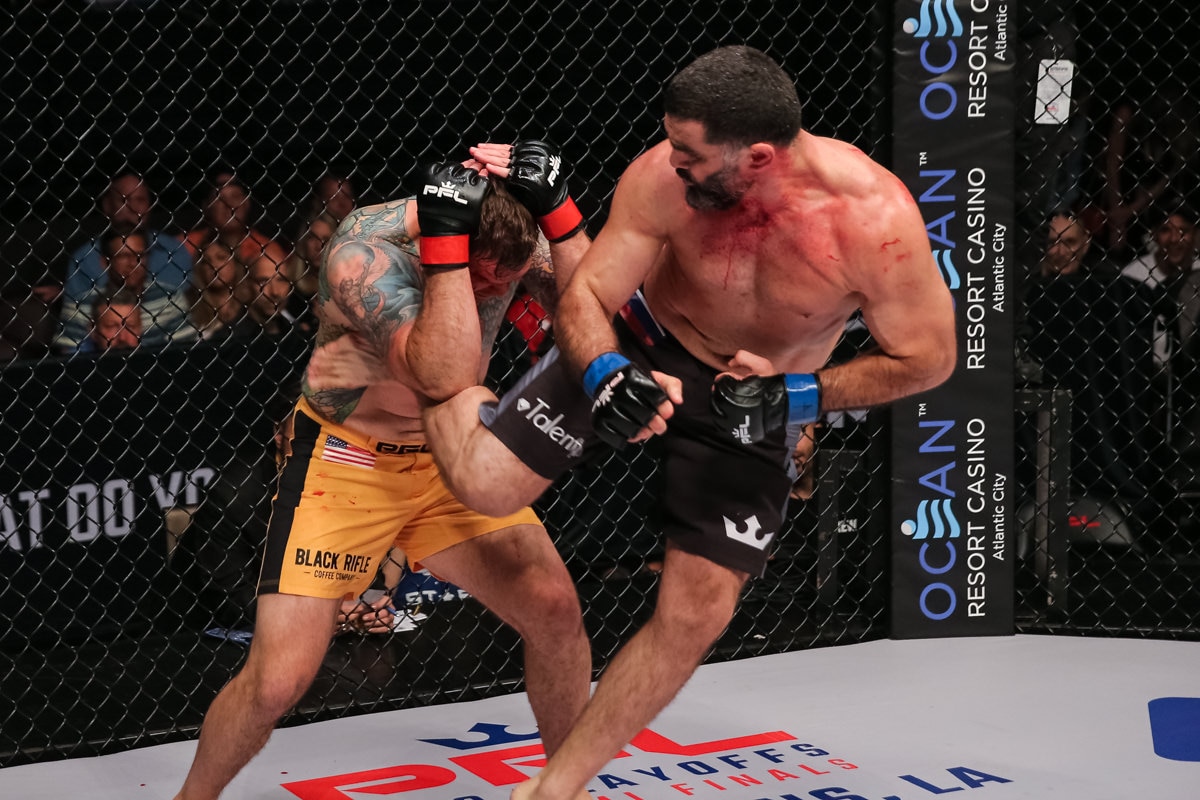 In its final event of the opening round of the 2018 tournament, the Professional Fighters League brought a card set on wrapping things up and delivered in spectacular fashion. The event featured the new fastest knockout victory, beating the record set two weeks ago, the first spinning back kick knockout under the World Series of Fighting/PFL lights and several fighters catapulting themselves into the tournament with quick stoppages.

WHAT TOOK YOU SO LONG? PFL 7 featured a whopping six first round knockouts, the most at a single event inside the promotion.

DON’T NEED A SECOND CHANCE TO MAKE A FIRST IMPRESSION: Three fighters made their first appearances in the PFL tournament -- Alexandre Bezerra, Handesson Ferreira, and Emiliano Sordi -- and each scored first-round knockouts to earn spots in their respective tournaments. Mike Kyle also made his tournament debut after an injury knocked him out of his PFL 1 bout with Shawn Jordan, but he lost by decision and was eliminated from contention.