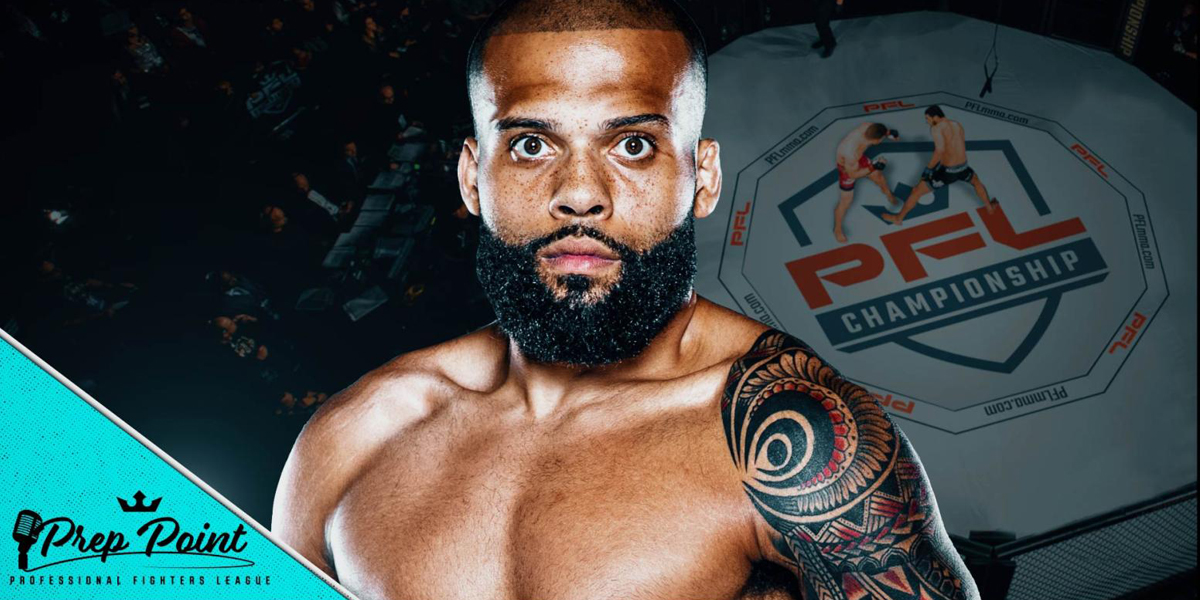 Light heavyweight standout Jordan Young started his professional career on an absolute warpath. With 9 of his 11 wins coming via submission, Young was building a solid foundation as a fan favorite that finished fights impressively.

The submission specialist entered PFL in March after becoming a free agent earlier this year. With bright eyes set on PFL’s 2020 tournament/million-dollar prize, Young was eager to have a consistent run of fights for the promotions upcoming season. Unfortunately, with the worldwide pandemic wreaking havoc and causing so much hysteria across the globe, PFL made the difficult decision to cancel it’s 2020 season.

Knowing they have time until their next fight card, the PFL has put their staff to work creating content around some of their star-studded fighters in a new YouTube series, titled “Prep Point.” The promotion’s new YouTube series will air on Thursdays at 10 am starting August 20. In the debut episode, Jordan Young will be the featured athlete. Young joined MyMMANews to give a glimpse of what to expect in the series premiere.