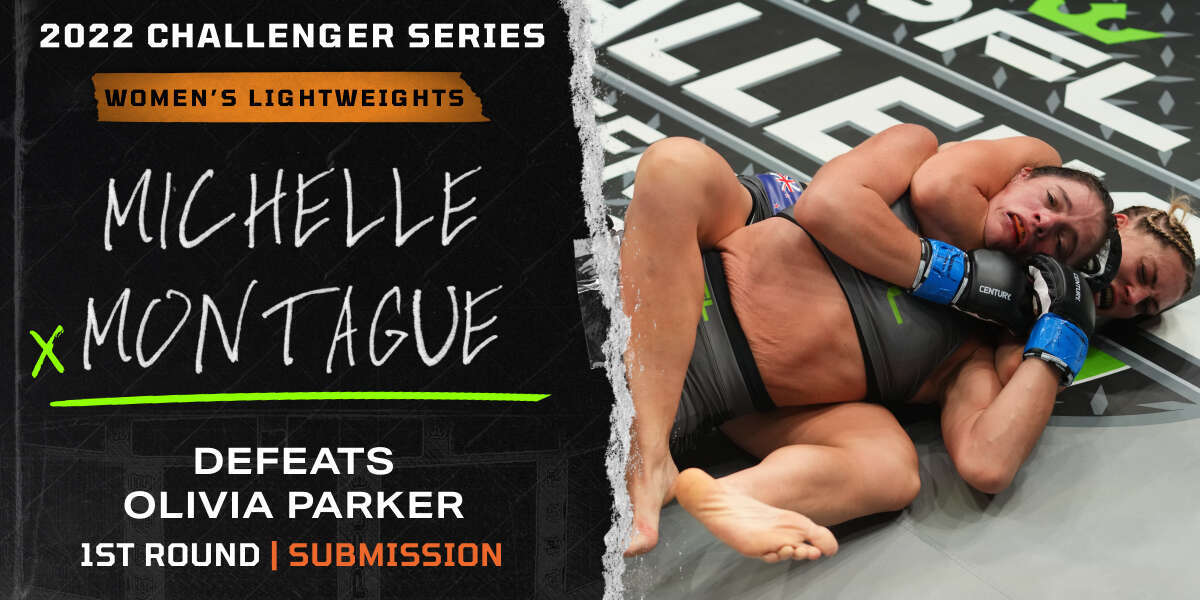 PFL Challenger Series rolled into its third week of action Friday night with a stacked fight card featuring some of the best women’s lightweights on the planet.

No doubt, the night’s big winner will have her eyes on Kayla Harrison, the 12-0 two-time PFL women’s lightweight champion who just can’t stop winning.

Is one of tonight’s fighters the woman to end Harrison’s reign?

Here’s what went down:

They circle early, getting a feel for each other. Brief clinch against the cage, and they separate and reset.

Good inside leg kick from Montague, followed by an outside low kick. Big overhand right from Montague but Parker answers with a stiff jab. Montague’s head noticeably snapped back with that one.

Beautiful suplex from Montague, and she immediately has Parker’s back with both hooks in. Solid defense from Parker thus far, but this is all Montague.

Hands clasped, arm underneath the chin. That’s a wrap.

Parker taps, and Montague notches a victory in her professional MMA debut. That was a great, even fight –– until the suplex. Montague completely took over once that fight hit the mat.