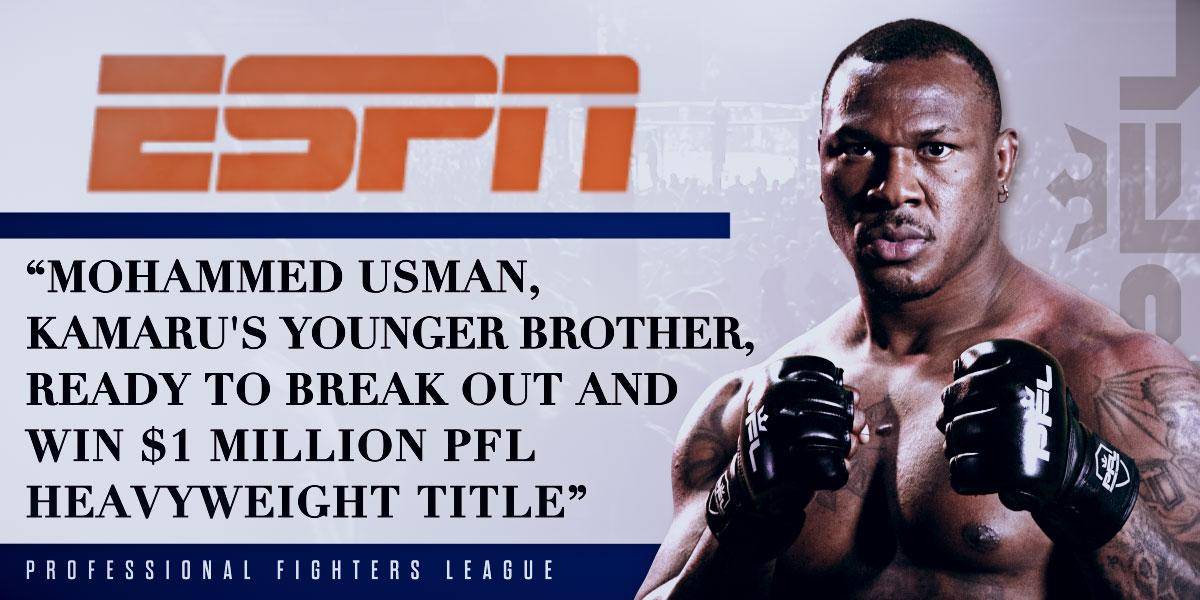 Mohammed Usman was alone in his hotel room talking to the television. It was deep into the night on April 24.

About 900 miles south of that Ocean Casino Resort in Atlantic City, New Jersey, Usman's older brother Kamaru was making his way to the Octagon, set to defend his UFC welterweight title against Jorge Masvidal in the main event of UFC 261 in Jacksonville, Florida.

Mohammed is typically in Kamaru's corner, but couldn't be on this night -- he was quarantined for his PFL debut a few weeks later. But mentally, Usman tried to put himself at VyStar Veterans Memorial Arena. He visualized what he'd say to Kamaru backstage; he pictured what it was like to be in the corner.

And then, Kamaru blasted Masvidal with a bazooka-like right hand in the second round. The fight was over courtesy of one of the most vicious finishes of the year in MMA. Usman jumped off the hotel sofa and screamed, "That's how you do it!"