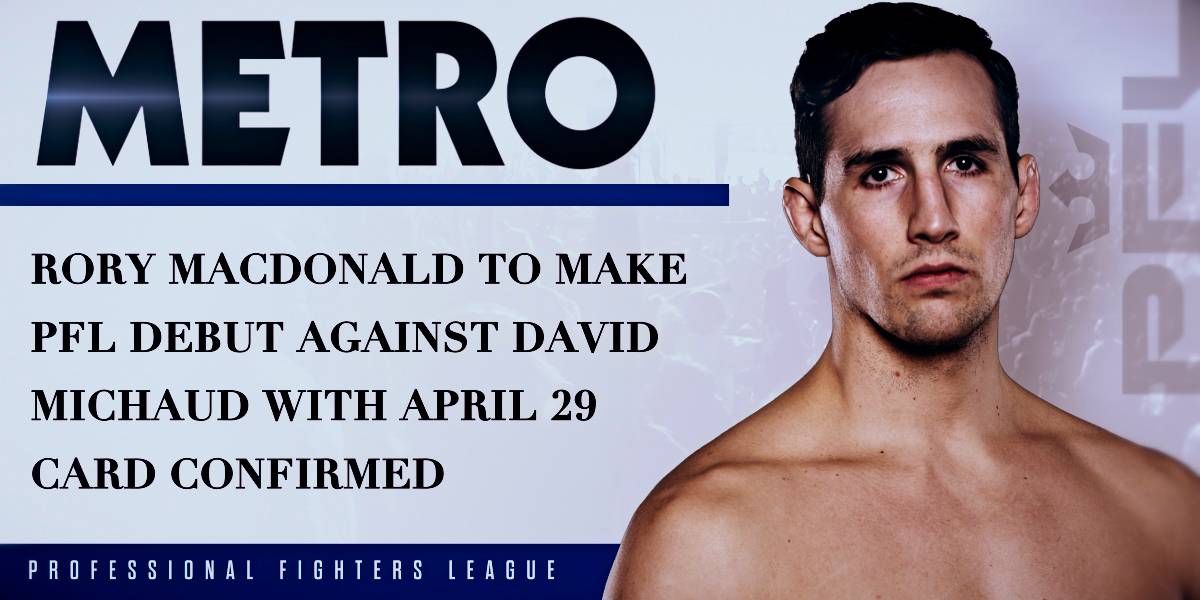 Rory MacDonald will make his Professional Fighters League debut on the promotion’s second show of the 2021 season against David Michaud.

PFL returns after its 2020 season was canceled due to the Covid-19 pandemic with the tournament-based promotion back with featherweight and lightweight action on April 23.

Welterweight and light-heavyweight action kicks off the following weekend with MacDonald headlining the card after an 18-month absence from the cage.

The former UFC title challenger and Bellator welterweight champion was one of MMA’s high profile free agents until signing a contract with PFL last December and will test himself against 2019 runner-up Michaud on the second show of the season on April 29 with a venue still to be confirmed.

32-year-old Michaud won three straight fights en route to the welterweight final in 2019 before being stopped via a second round TKO against Ray Cooper III.