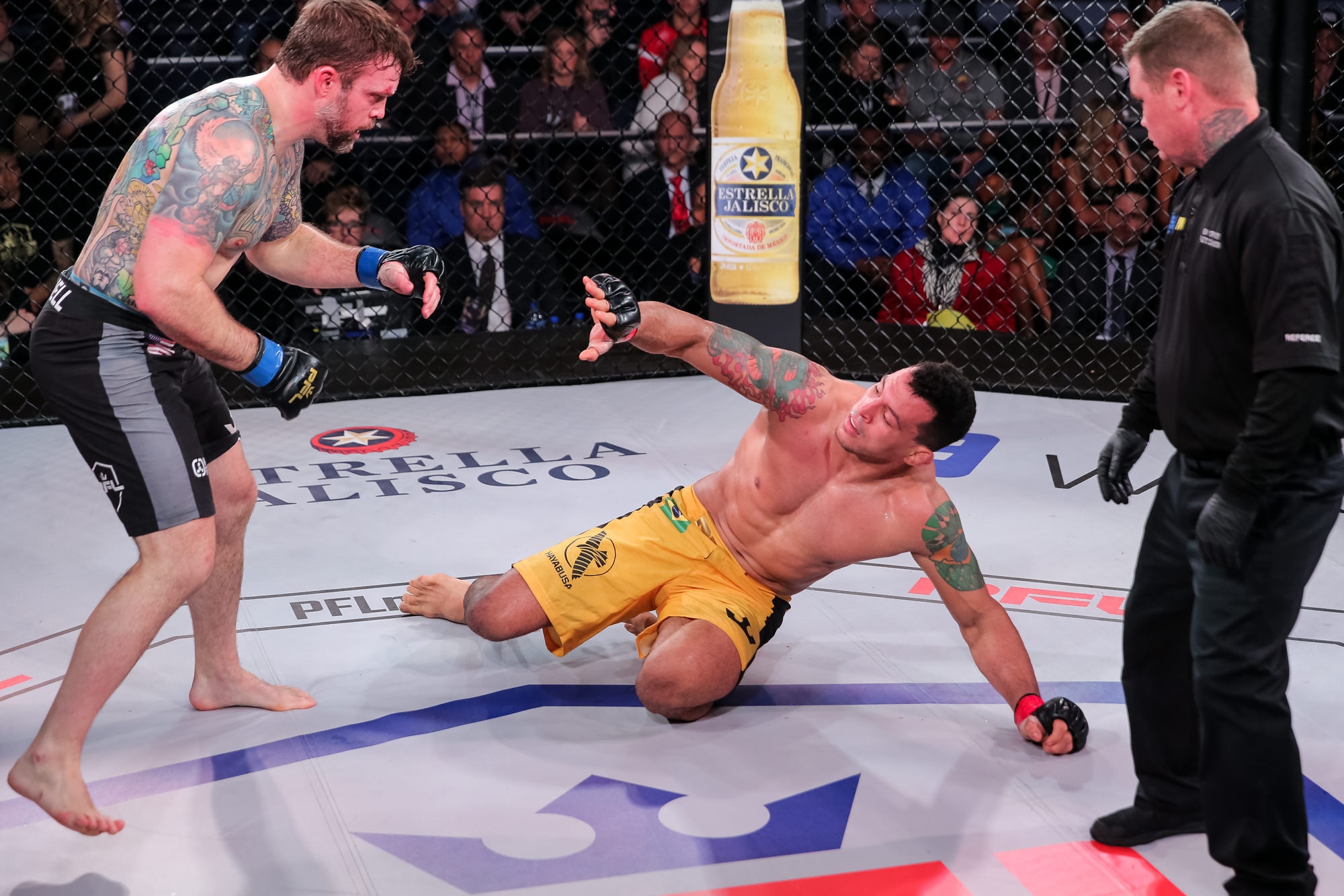 In the main event of the PFL’s 2018 World Championship show on Monday at The Hulu Theater at Madison Square Garden in New York, Magomedkerimov (23-5) defused Cooper’s highly vaunted striking with clever movement and strong grappling before finishing with a guillotine choke submission 2:18 into round two.

Until tonight, Cooper (17-6) had finished all of his 2018 opponents via strikes, including veteran Jake Shields twice. However, he had no answer for Magomedkerimov, who evaded an opening flurry and immediately took Cooper down beore threatening a rear-naked choke that Cooper gamely fought off. He sealed the deal in round two, jumping up for a guillotine as Cooper attempted to take him down.