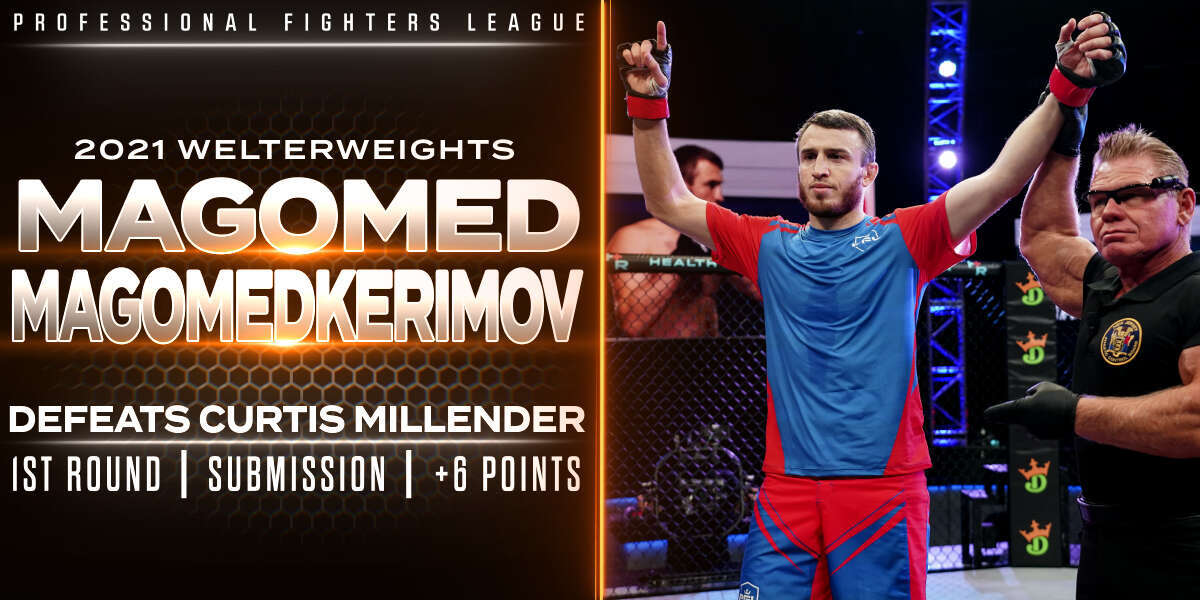 Magomedkerimov submits Millender early — but not without a scare

Despite being undefeated at 8-0 under the PFL banner, Magomedkerimov entered this fight with -1 points in the Welterweight standings after he was unable to compete against Joao Zeferino back at PFL 2, 2021 on April 29.

Similarly, Millender entered the fight with a goose egg in the rankings after losing via first-round submission against Rory MacDonald at that same late-April event.

As such, both men needed an emphatic win to catapult into the 2021 PFL Playoffs. Who got it done?

They come out swinging. Neither fighter cares for a feeling out process here, and they’re up close and personal quickly. Millender lands a low kick that visibly buckles Magomedkerimov. Millender smiles, sensing the damage, and presses forward with a flying knee.

Magomedkerimov thanks him for that pressure, countering with a quick takedown and immediately advances to set up an Ezekiel choke from full guard. Millender, pressed against the cage, has no answer and nowhere to go, and he’s forced to tap out.

Unreal shift of momentum there.

With that, Magomedkerimov earns six points and moves into Playoffs contention, but he potentially suffered serious damage to his knee from that early Millender kick in the process. Still, he’s in third place currently, moving ahead of Sadibou Sy in the standings.