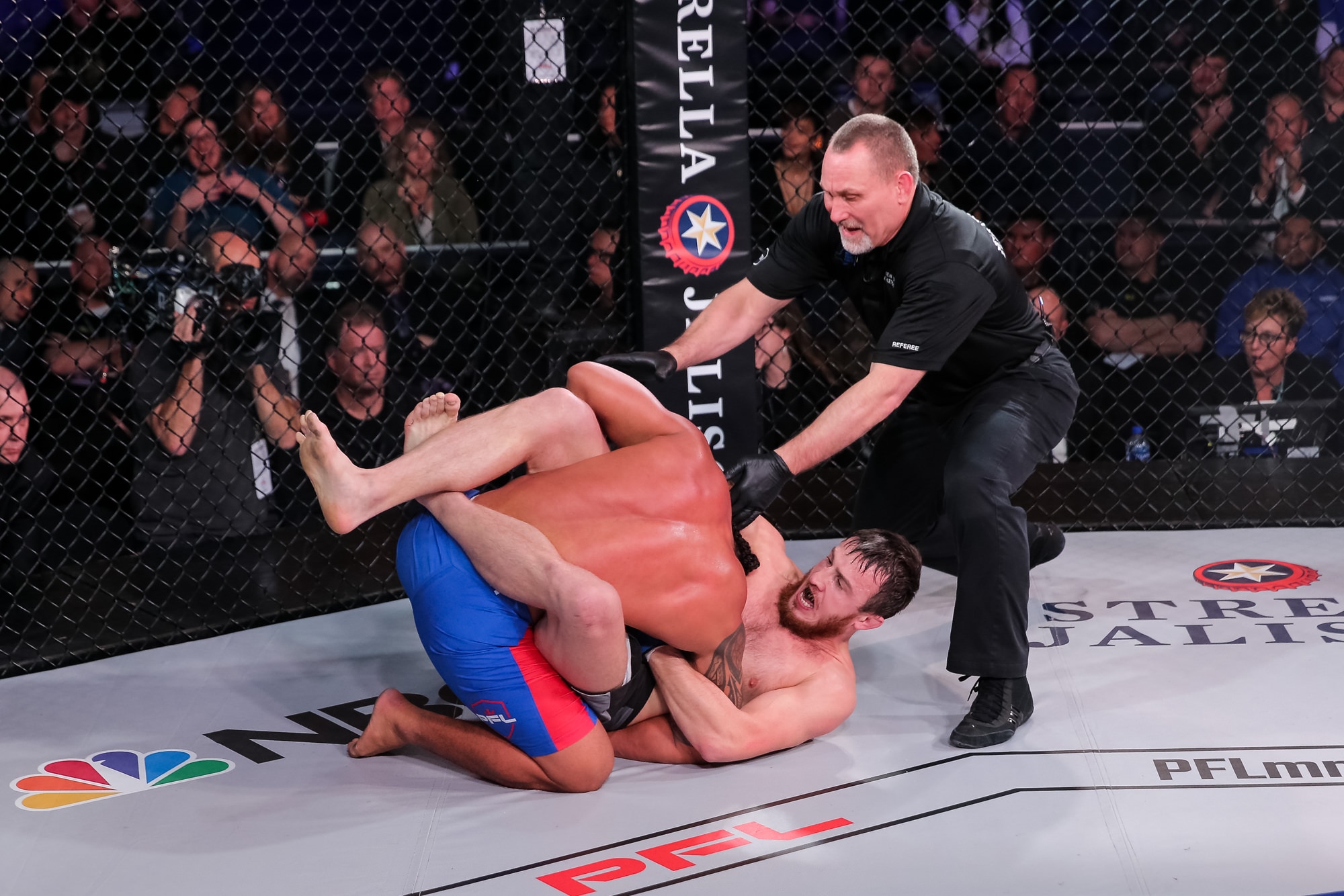 What was thought by some to be a coronation for Ray Cooper III turned into a coming-out party for Magomed Magomedkerimov.

The rising American Top Team welterweight submitted Cooper with a second-round guillotine choke in the 2018 Professional Fighters League Championships main event on Monday inside the Hulu Theater at Madison Square Garden in New York. One of six division champions crowned and awarded $1 million prizes by the PFL, Magomedkerimov (23-5, 5-0 PFL) drew the curtain 2:18 into Round 2.

Cooper (17-5, 4-1 PFL) was not afforded the opportunity to put his dazzling offensive skills to work. Magomedkerimov circled out of danger and lured the heavy-handed Hawaiian into the clinch before executing a single-leg takedown and nearly sealing the deal with a rear-naked choke in the first round. Cooper withstood his advances, but did not keep his counterpart at bay for long. Magomedkerimov caught the guillotine in a scramble midway through the second round, wrapped the former Gladiator Challenge champion in full guard and prompted the tapout.