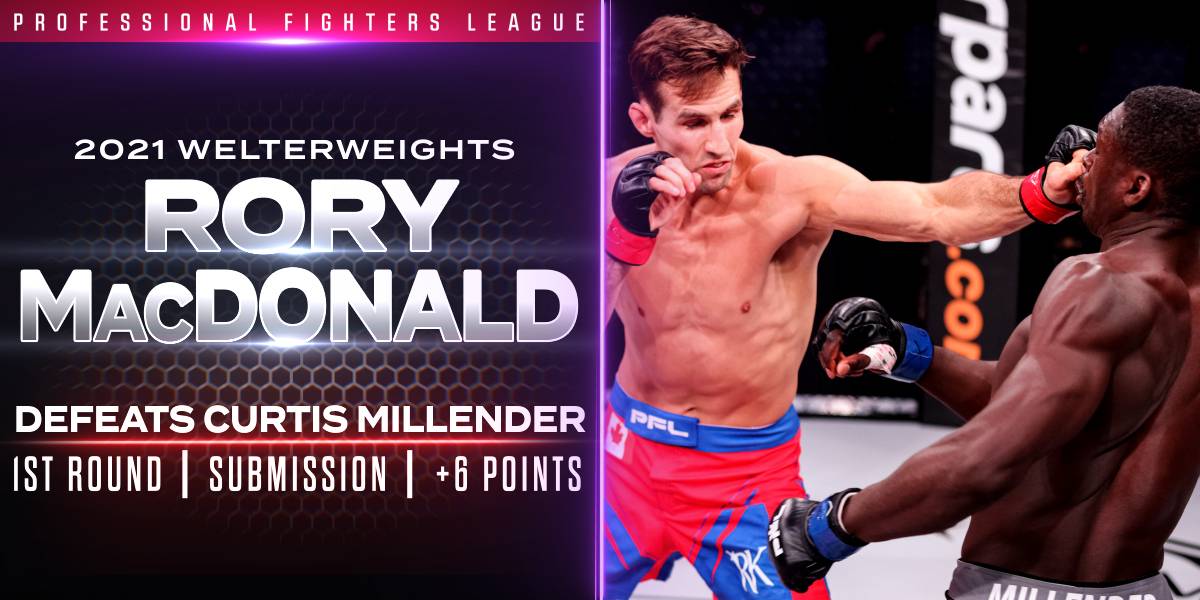 The second event of the 2021 Professional Fighters League season took place Thursday, April 29 from the Ocean Casino Resort in Atlantic City, N.J. In the night’s headliner, UFC veteran and former Bellator MMA champion Rory MacDonald (22-6-1) made his league debut against hard-hitting striker Curtis Millender (18-7). Canada’s MacDonald declared he would “dominate” the league en route to a league title and the million-dollar prize, but his fellow UFC alum Millender marked a veteran challenge to open the season.

Millender flicked his jab early. MacDonald countered with a lead hook, but ate a low kick in the process. A head kick from Millender missed the mark. MacDonald changed levels for a takedown, but Millender showcased good balance. The Canadian stayed glued to Millender and he eventually dragged the fight to the ground. MacDonald passed to mount and Millender rolled to his stomach, allowing MacDonald to take his back. MacDonald secured a body triangle and he began to attack with choke attempts. He got under the chin and coerced the tapout from Millender.

The first-round submission victory earned MacDonald six points in the welterweight standings, moving him into a tie atop the division with former champion Ray Cooper III following the first event.