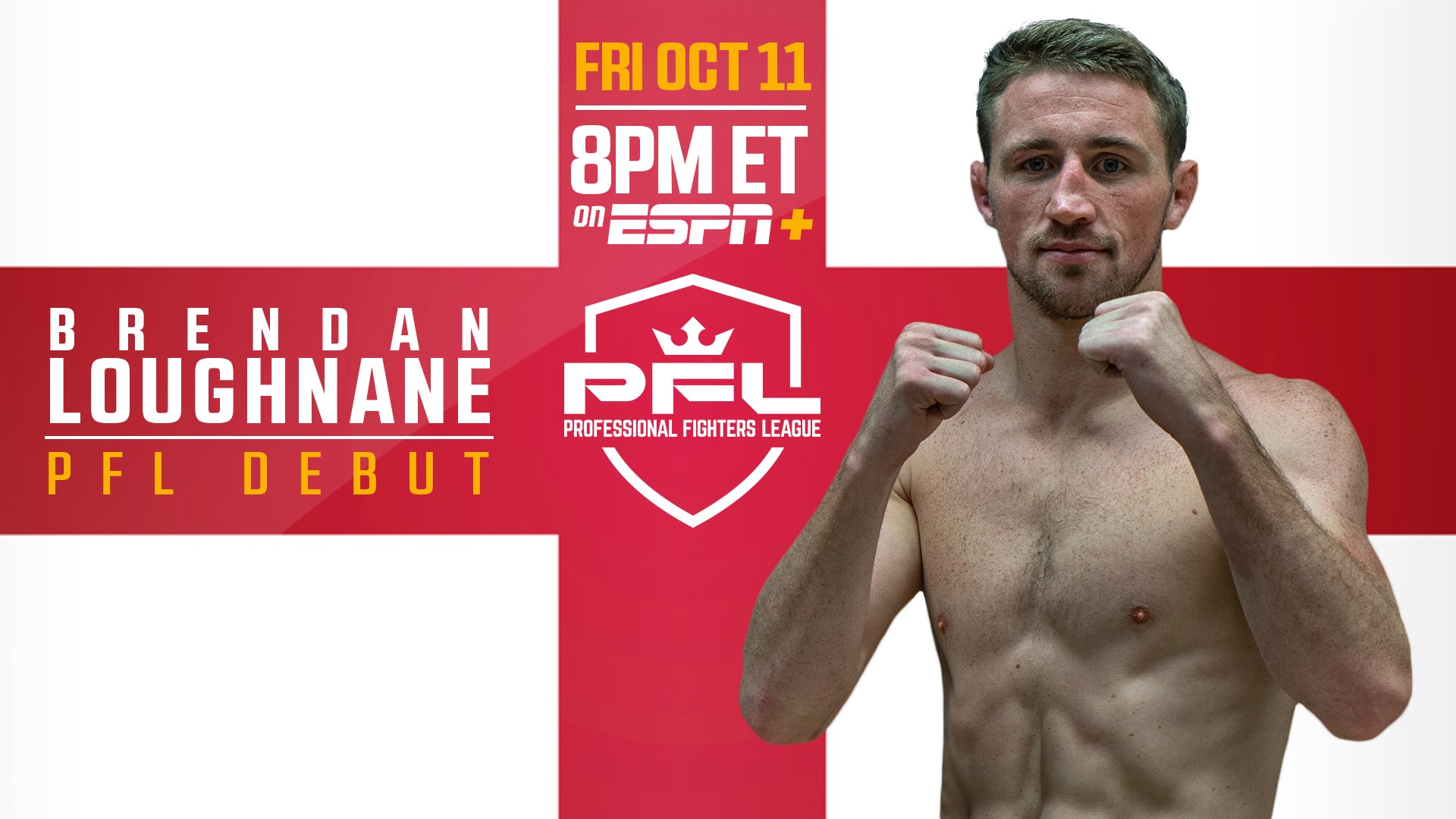 Brendan Loughnane is headed back to Las Vegas, less than four months after the city hosted the most controversial fight of his career.

Loughnane (17-3), of Manchester, England, will make his PFL debut on Oct. 11 at Mandalay Bay Events Center opposite Matt Wagy (13-6). The featherweight bout is not part of the PFL's $1 million season format, but rather its "New Fighter Showcase" series.