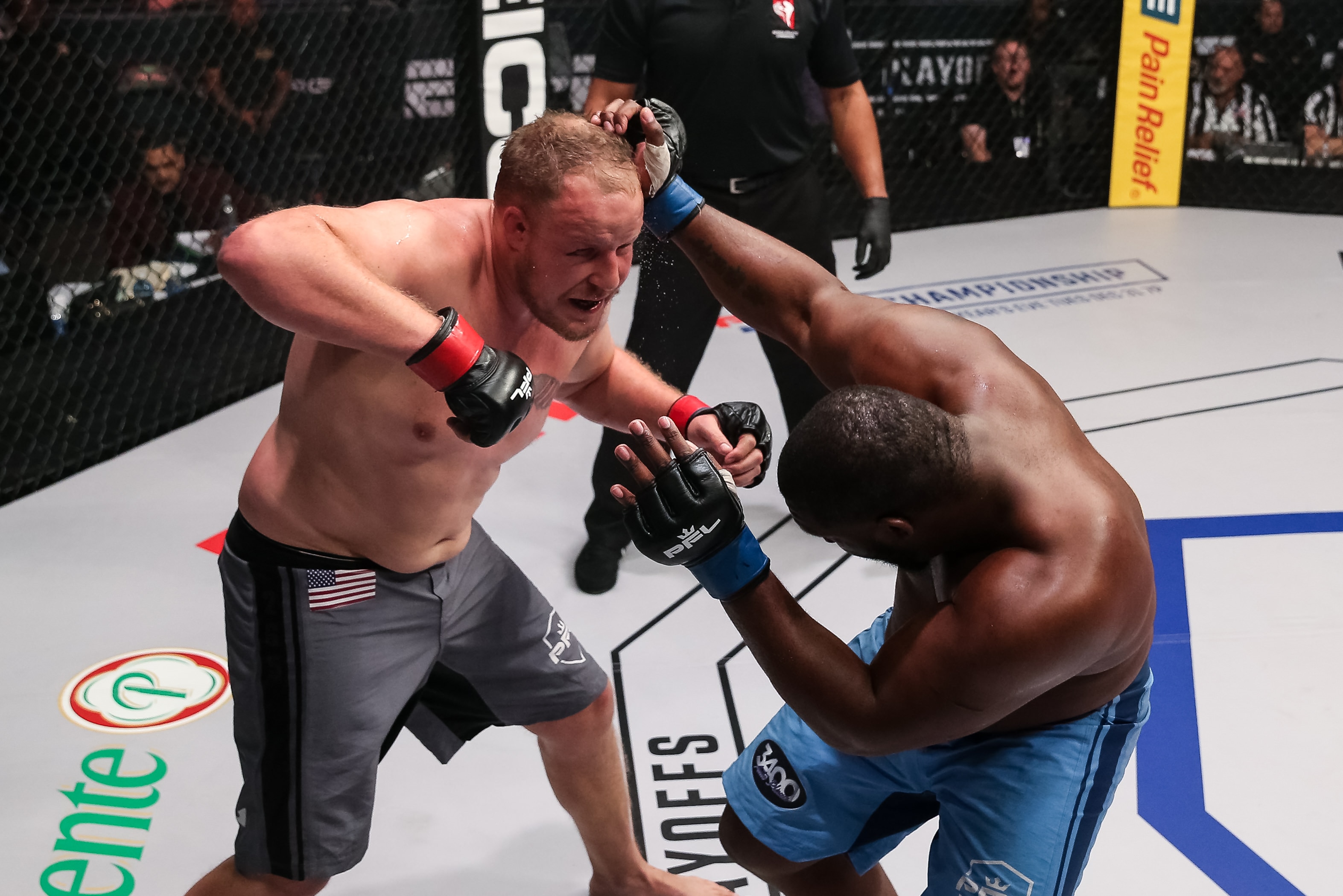 The night took a turn for the bizarre when Kelvin Tiller came trotting out to the PFL smart cage for the second time Thursday night at the Mandalay Bay Resort and Casino in Las Vegas. This encore was strange not simply because Tiller had lost his PFL heavyweight quarterfinal bout earlier in the evening -- it was the way he had lost his first fight, immobilized on his back for two rounds in which he'd been outstruck 195-2.

And now here he was in the semifinals, after the rightful owner of that spot, Francimar Barroso, was not medically cleared. The first alternate -- Alex Nicholson, who lost to Barroso after a low blow point deduction -- was ruled medically ineligible as well.

That is the risk the PFL takes by going old school and having its playoff participants fight twice in one night. Some of the semifinals played out as planned, as was the case when top light heavyweight seed Emiliano Sordi produced a nice pair of finishes -- a knockout in the quarterfinals and a submission in the semis. But then there was the heavyweight final between Ali Isaev and No. 1 seed Denis Goltsov, which, for the most part, was sluggish, as if two tired fighters were just trying to get through the night.