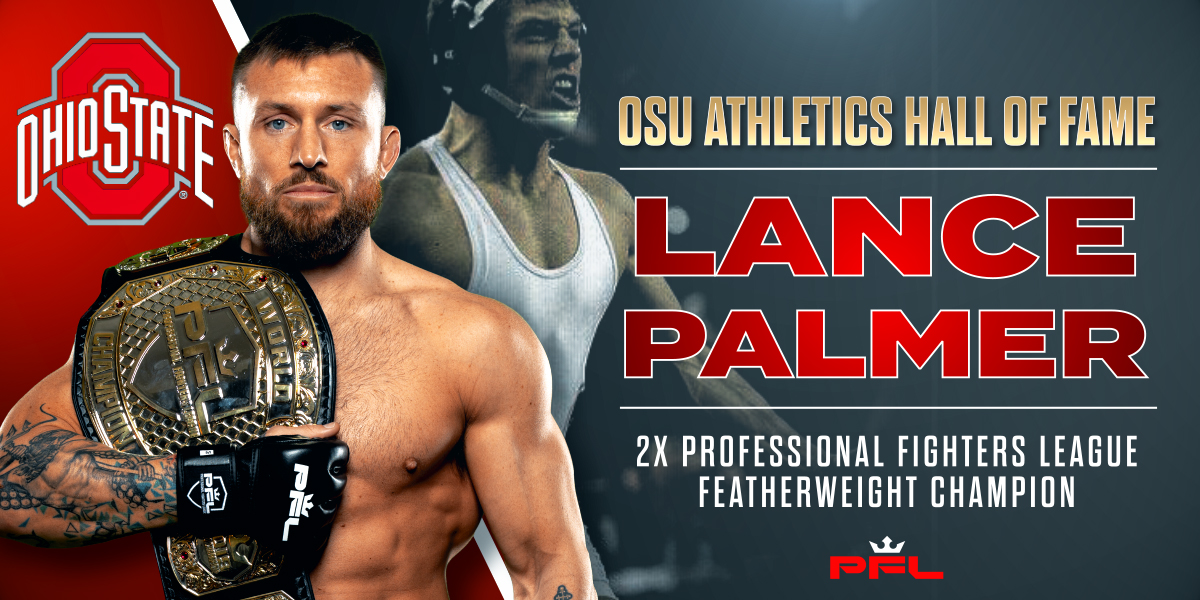 On Tuesday, June 16th, 2020, the Ohio State Athletics department selected Lance Palmer to their Hall of Fame. Lance Palmer finished his career as one of eight four-time All-Americans in Ohio State wrestling and amassed 121 victories in his career. In 2010, he won the Big Ten Conference title at 149 pounds.

“ What an honor! Decades of work were put in to get to where I am. I’m blessed to be joining the other Hall of Fame athletes” Says Lance Palmer.

Following Lance’s college career, he has found continued success in Mixed Martial Arts. Lance’s wrestling skillset has been unmatched inside the PFL cage.  He is currently on an 11-fight winning streak that spans 3 years, and it includes back-to-back PFL season championships in 2018 & 2019 each awarding $1 Million in prize money.