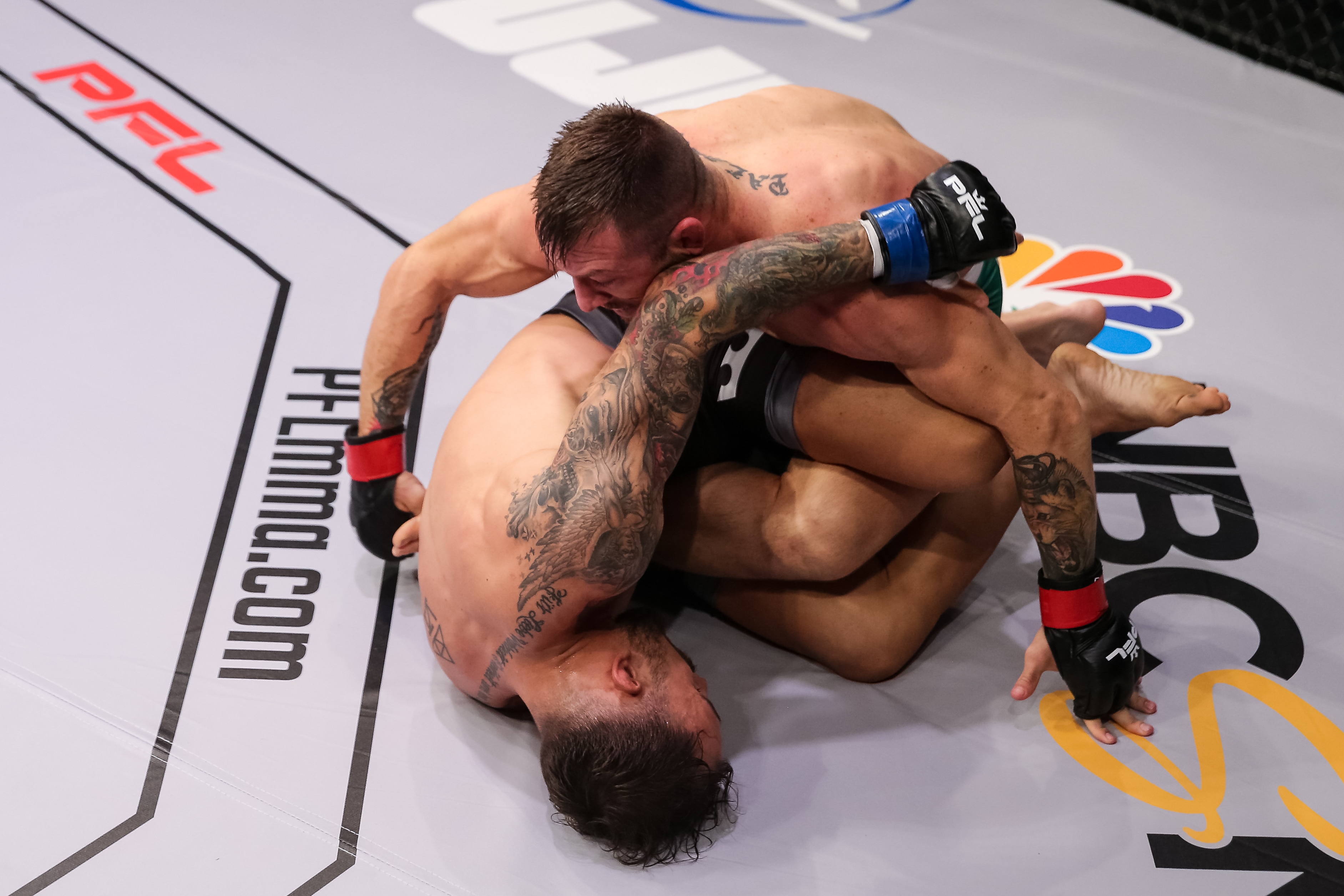 Making his debut in the company at WSOF 7, Lance Palmer has been with the World Series of Fighting/PFL promotion since back in 2013. Since then, he has twice become the champion and will look to do so for a third time on New Year’s Eve at the PFL Finals. To make it to the playoffs, Palmer ran through two opponents with rear-naked choke submissions to lock up the second seed in the playoffs. The first of those casualties was Bekbulat Magomedov, the former WSOF Bantamweight Champion and grappling ace. This was the first time Magomedov had ever been finished in his career.

Palmer followed up with an equally impressive performance against UFC veteran, Jumabieke Tuerxun. This fight was complete domination by Palmer from start to finish. He secured takedowns in each round and stayed busy enough to stay on the mat. He took Teurxun’s back multiple times, especially while standing. Finally, Palmer was able to get to the back on the ground and finish a dominant fight late in the third round to clinch the second seed in the playoffs. Earning the second seed put him in position to notch a unanimous decision win over Max Coga before turning around for a rematch with Andre Harrison, one of just three men ever to defeat Palmer.