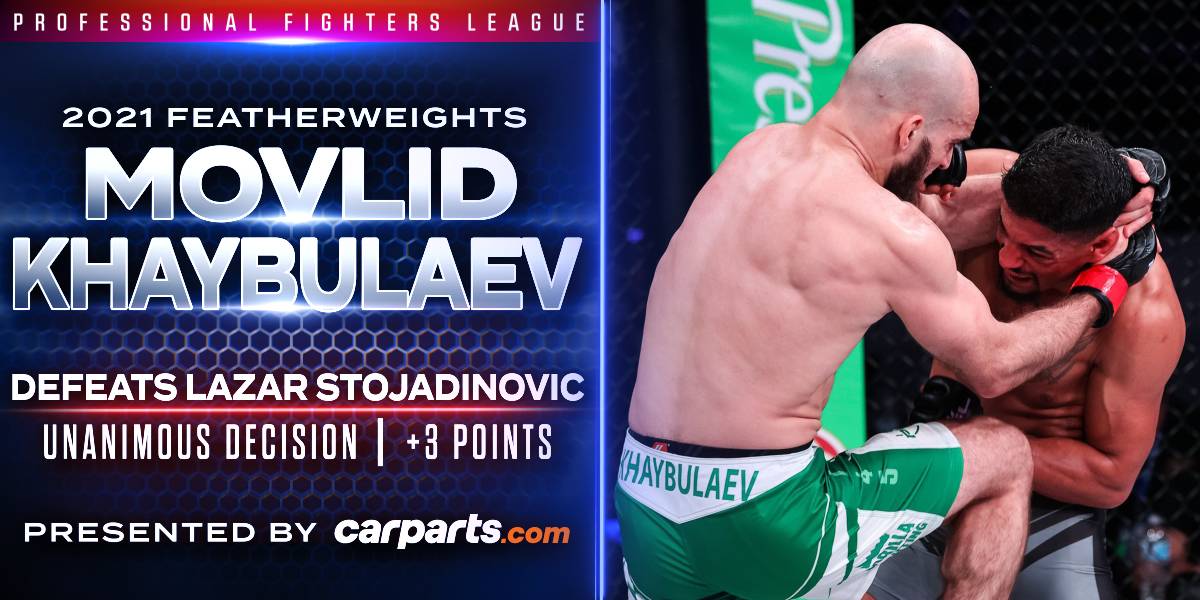 Last season’s No. 2 seed in the featherweight division, Movlid Khaybulaev (16-0-1, 1 NC), looked to show that his prior success was no fluke as he collided with league newcomer Lazar Stojadinovic (14-8). The explosive Khaybulaev holds the fastest finish in PFL history — a 10-second flying knee finish of Damon Jackson — and was out to repeat that performance against the experienced Stojadinovic.

A right hand from Khaybulaev connected early in the final round. Stojadinovic tried his best to get into striking range, but he was quickly taken down by Khaybulaev along the cage. The top control of Khaybulaev was something that Stojadinovic could not overcome. Khaybulaev just battered Stojadinovic with short left hands until the final bell.

There was no doubt on the scorecards as the heavy favorite Khaybulaev claimed every round and captured three points in the featherweight standings.