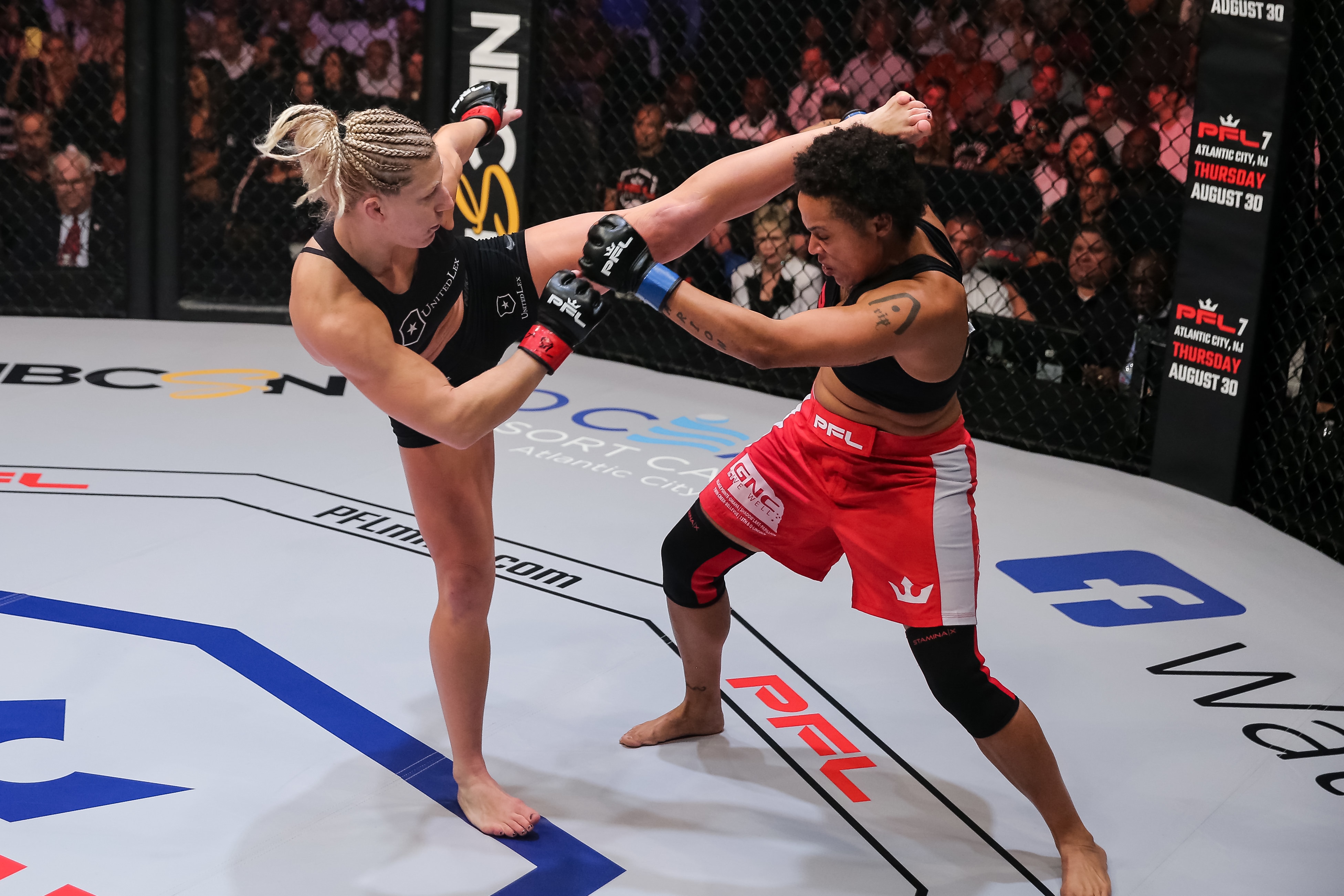 NEWS | Kayla Harrison on transition from Judo to MMA, not being like Ronda Rousey and becoming world champ

Expectations were abnormally high for Kayla Harrison when she decided to make the move from judo to mixed martial arts.

Harrison set the world on the fire becoming the first American to win a gold medal in judo at the 2012 Summer Olympics and went on to accomplish the same feat at the 2016 Olympics. Realizing she had nothing else to prove, Harrison transitioned to the gloves earlier this year.

So far, Harrison has made the move look seamless, winning both of her fights under the Professional Fighters League banner inside the distance. But the judoka realizes she has a long way to go before she becomes a complete mixed martial artist.

"I think it's going great," Harrison told Sporting News ahead of her bout on Monday against Moriel Charneski at PFL 11. "I used to represent Team USA and compete on the Olympic stage and now I represent American Top Team and compete on one of the biggest stages. There’s still a lot of kinks in my game. I’m still a beginner. One of the greatest joys for me about training is letting the professional and the beginner be inside of me. I’m an expert in grappling, but I’m a beginner in striking. It makes it fun every day because it is new and exciting. I’m learning something new everyday."