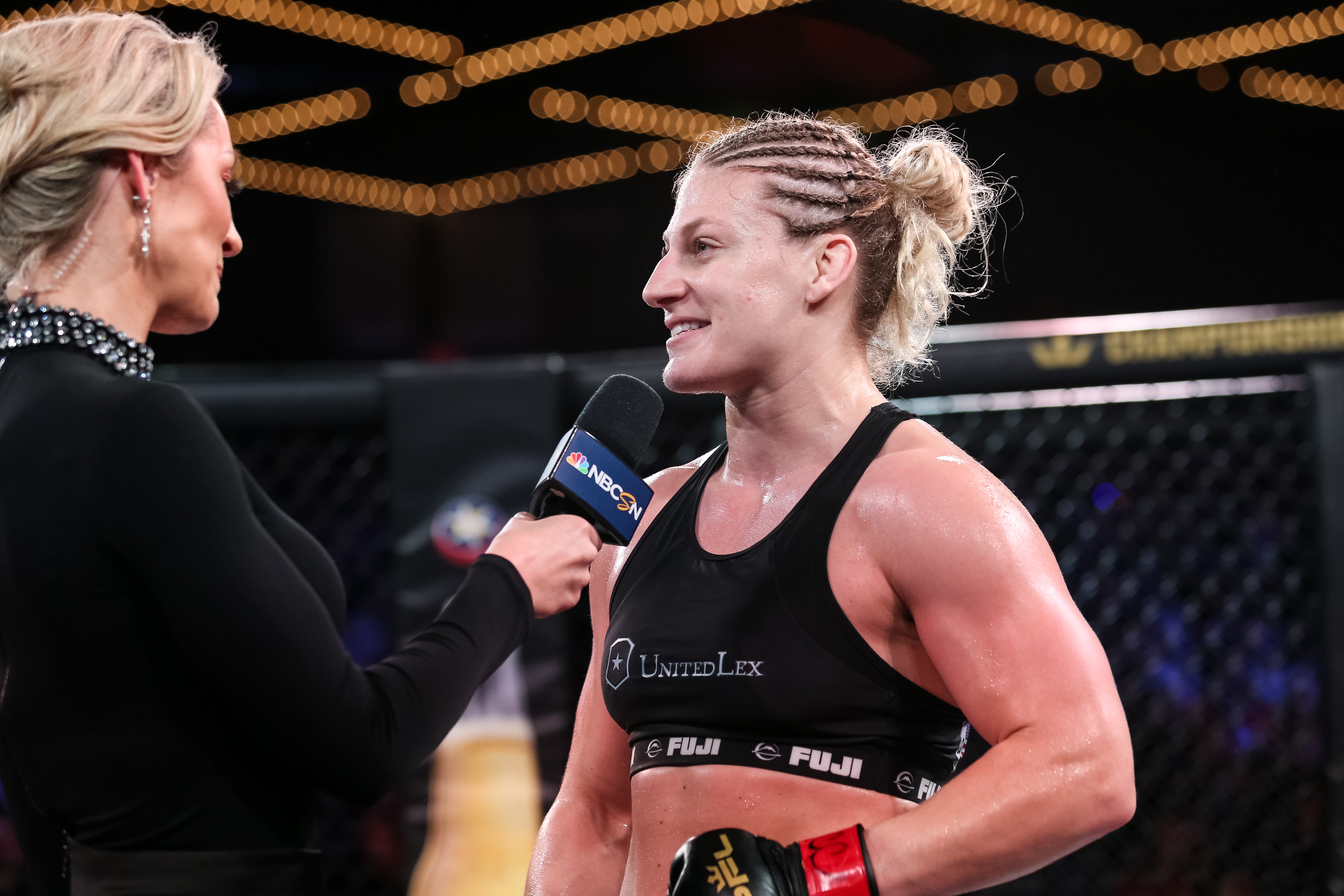 Kayla Harrison may not have won $1 million at the Professional Fighters League Championships on Monday -- but it feels like that's only a matter of time.

Harrison (3-0) claimed an easy TKO victory against Moriel Charneski at the 3:39 mark of the first round. The lightweight bout took place on the main card of PFL 11: Championship inside New York's Hulu Theater at Madison Square Garden.

The other six winners on the main card took home $1 million under the PFL's regular-season and playoffs format. The PFL did not promote a female season in 2018, but that will change next year. The organization already has announced plans for a 155-pound women's division.

"There's no greater high in the world than stepping in a cage and trying to kick the crap out of somebody," Harrison said. "I'm honored the PFL is starting a 155 division. They put their trust in me and I've got strong shoulders. Next year, I'm going to be a millionaire."