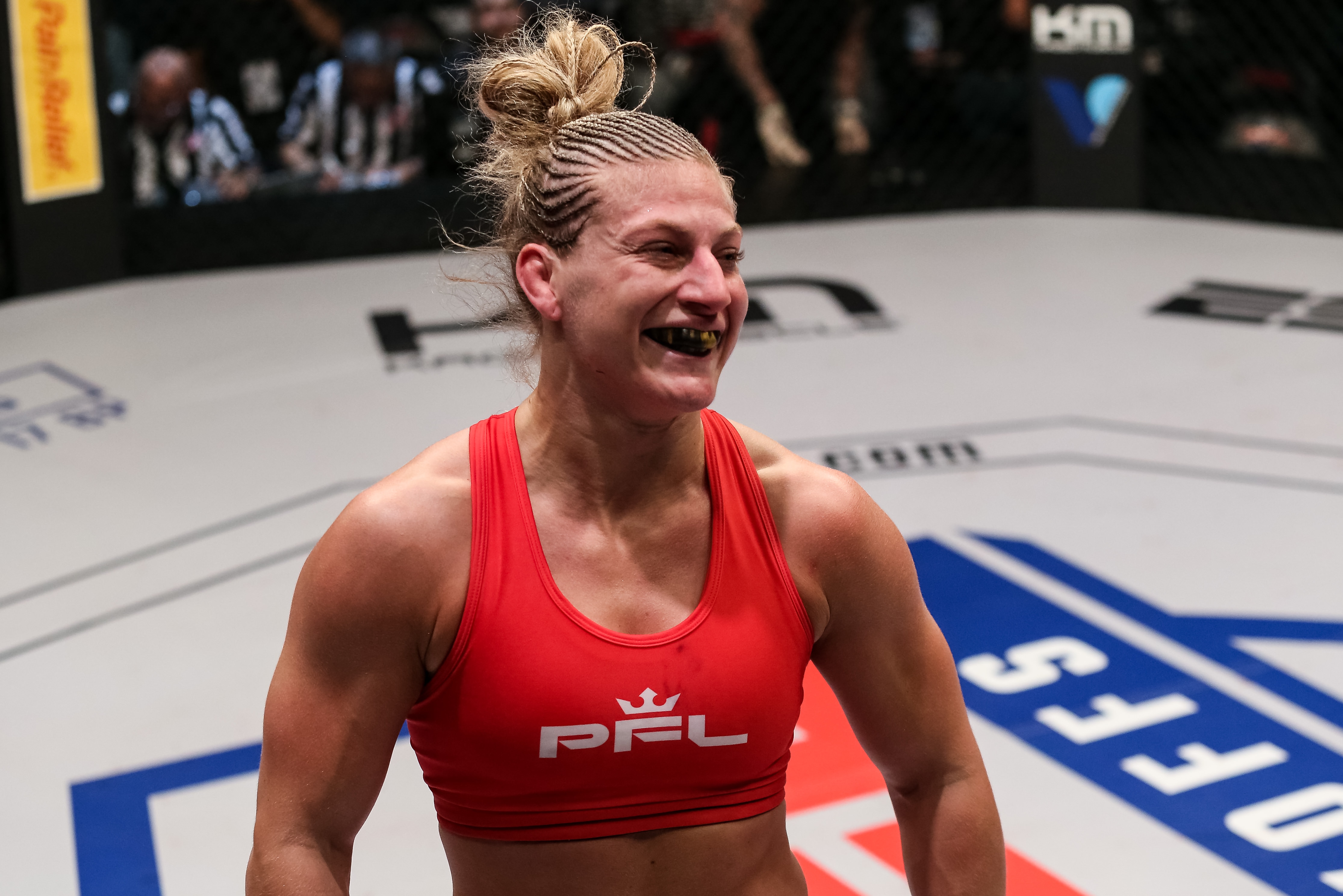 Looking to leave her mark, Kayla Harrison doesn’t care for Larissa Pacheco claiming she’ll knock her out at the 2019 PFL Championship.

She feels her development as a fighter since transitioning into MMA will bring a much different outcome.

Larissa Pacheco may have played spoiler for those expecting a Kayla Harrison vs. Sarah Kaufman PFL women’s lightweight final at the 2019 PFL Championship, but Harrison says she isn’t going to let Pacheco spoil her moment in New York at The Hulu Theater at Madison Square Garden on Dec. 31.

With Harrison and Kaufman the top-two seeds, and arguably the two biggest names in PFL this season, many expected them to eventually face off in the tournament final. That ultimately didn’t happen, however, as while Harrison won her semifinal against Bobbi Jo Dalziel at the PFL Playoffs, Kaufman was thoroughly defeated by Pacheco in a one-sided decision.