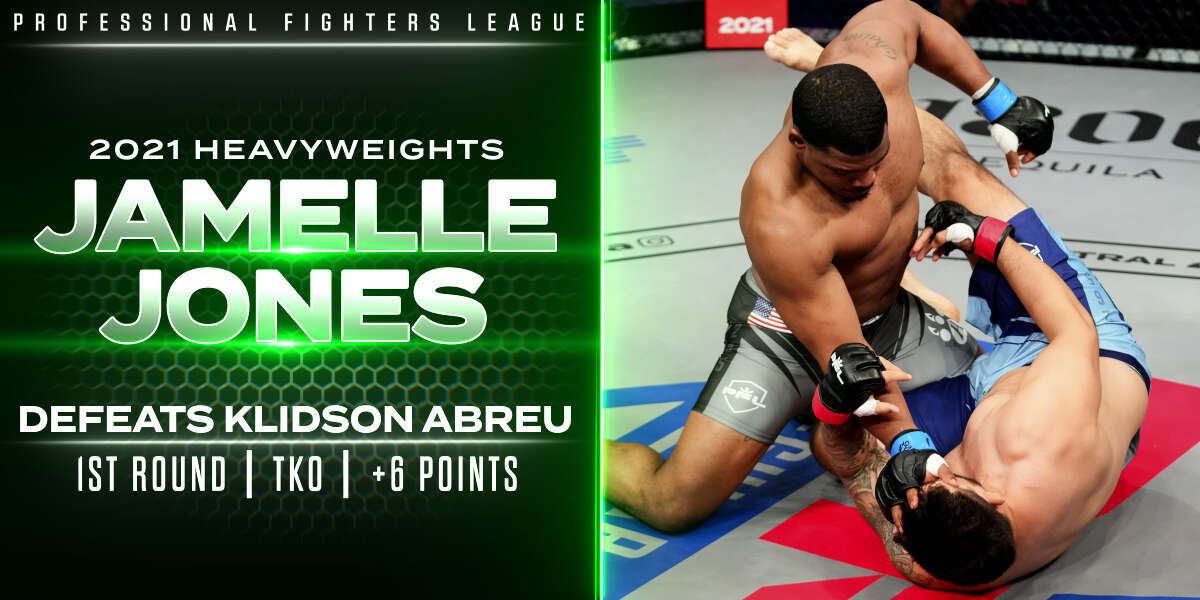 The final push to the PFL Playoffs kicked off Friday evening at Ocean Casino Resort in Atlantic City, N.J., with a Heavyweight banger between Klidson Abreu and Jamelle Jones at PFL 6, 2021.

With both fighters making their PFL debuts, a Playoff spot looked unlikely — unless one man could notch a finish. Abreu entered the bout off a four-fight stint in the UFC, during which he went 1-3. Jones, meanwhile, came into the bout with some momentum, fresh off back-to-back first-round knockouts.

No surprise: They come out swinging. Abreu throws a high kick and Jones throws a winging counter right. Jones times a takedown and gets it, immediately firing away with heavy ground-and-pound. Abreu does well to avoid big damage, tying up his opponent and working from the bottom.

They separate momentarily, and Jones is right back to hammering away. This ground-and-pound is brutal, and the referee has no choice but to step in and end the fight.

Make that three straight knockouts for Jones — this one via vicious, vicious hammerfists. What a debut. What a performance.

Abreu never really had a chance in this one, as Jones took him down and immediately rained down punishment. That was some serious power on display from Jones, and he takes home six points in the heavyweight standings for his effort.