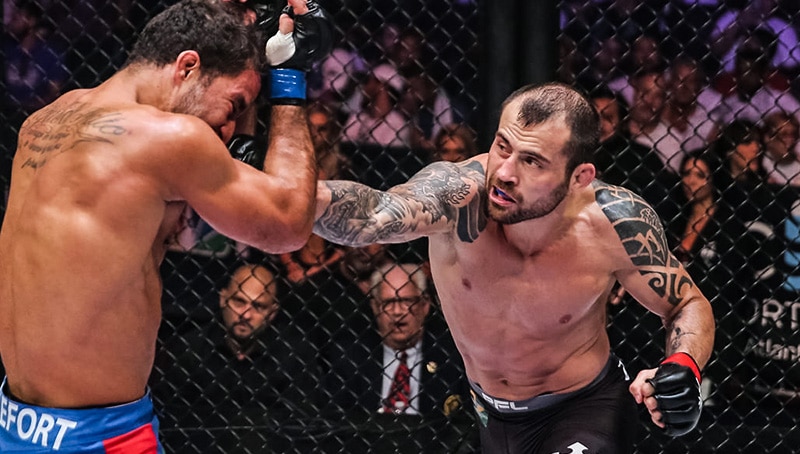 Joao Zeferino won at PFL 6 and with the action leading up to the submission that won him the fight it did not seem like anything was wrong. Little did fans know, he was not fighting at his full potential in Atlantic City, New Jersey Thursday night.

Zeferino took it Yuri Villefort for three rounds and finished him with a rear naked choke to secure the win and the points to advance to the playoffs. Afterward, Zeferino confessed that he did not feel completely healthy going into his fight in Ovation Hall.

“Sick since Monday night,” Zeferino said to the media. He said after his first workout things went downhill after a few hours when he took some time to rest. While the fever he said he had may have helped with his weight cut, it took its toll coming into the fight. However, Zeferino did not say anything to anyone outside of his manager as he believes perseverance to move forward is what makes a champion.