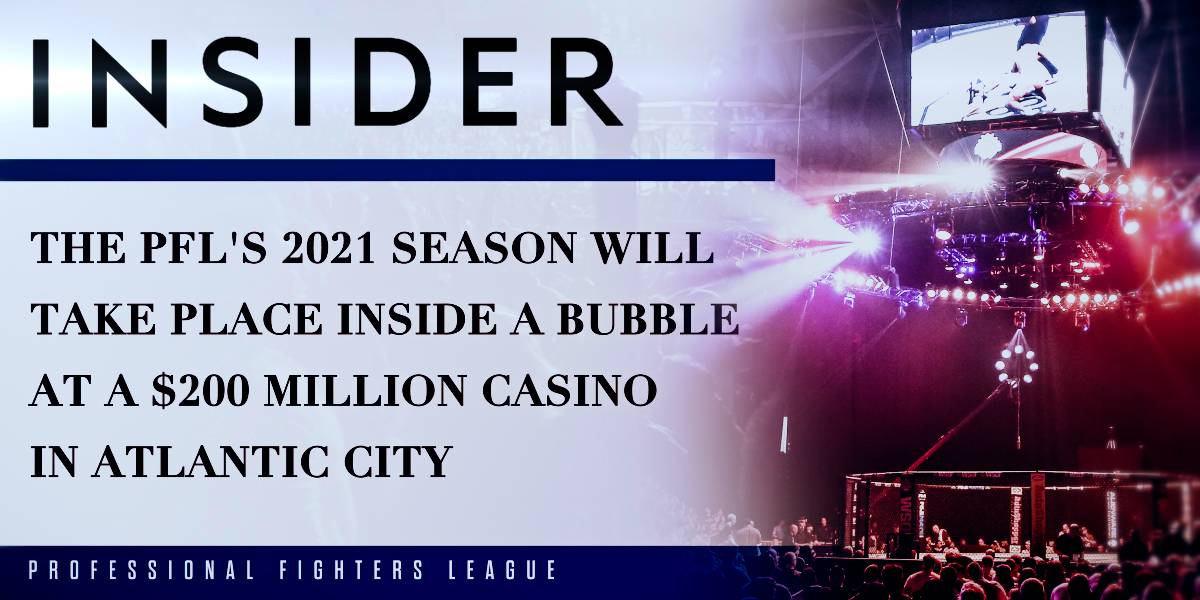 The PFL has released more details about its upcoming 2021 season, announcing that a pair of events it will host in April will be held inside a bubble environment at the Ocean Casino Resort in Atlantic City.

Unlike other mixed martial arts promotion, the PFL holds a regular season, a playoffs, and a finals that are akin to traditional North American sports like basketball and football.

By contrast, the market-leading UFC — which PFL hopes to one day rival — makes individual matches in a multi-fight card where winners are propelled higher in divisional rankings until they, one day, compete in championship bouts.

The PFL has held two seasons so far, in 2018 and 2019, but had to postpone its 2020 schedule because of the coronavirus pandemic.

It restarts its live event business on April 23 with a nine-bout bill topped by a lightweight match between the former UFC champion Anthony Pettis and boxing cult hero Clay Collard.

A 10-bout card on April 29 features the former Bellator MMA champion Rory MacDonald in his PFL debut against David Michaud in a main event.