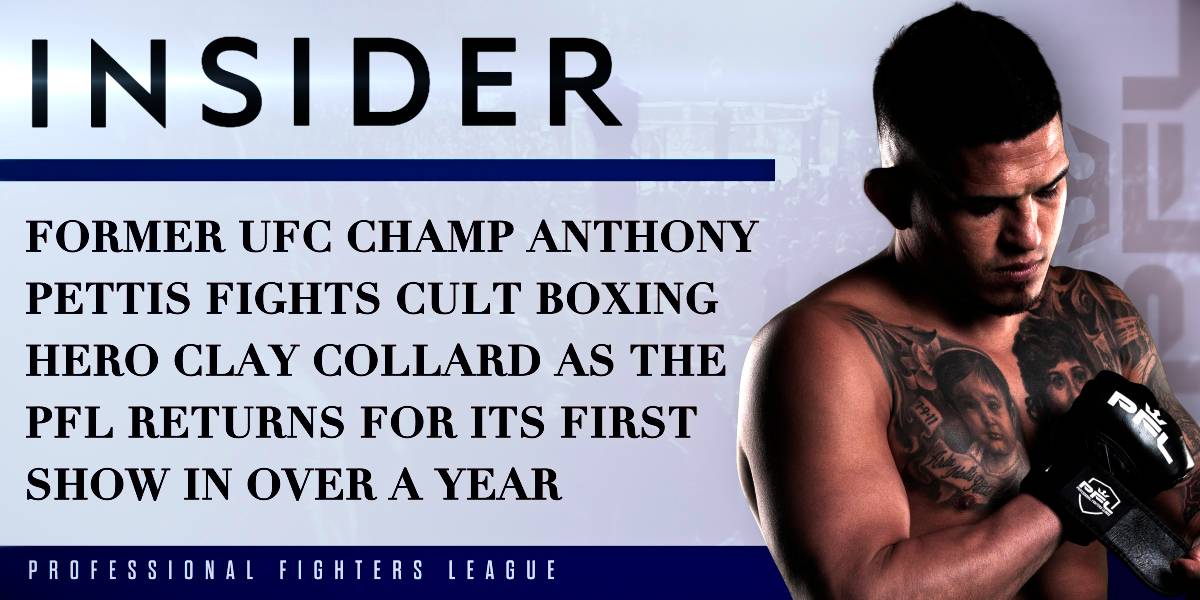 Pettis vs. Collard will headline the PFL's first show since 2019.

The American MMA firm postponed its 2020 season so it could preserve the integrity of its league format amid the coronavirus pandemic, the co-founder and chairman Donn Davis told Insider last year.

While other MMA companies restarted their live event operations, the PFL expanded on its content offerings and bolstered its roster with big-name talent acquisitions behind-the-scenes.

One of those acquisitions was Pettis, who signed a PFL deal in December, and will make his debut for the company in the coming months alongside other signings like Fabricio Werdum, Claressa Shields, and Rory MacDonald.