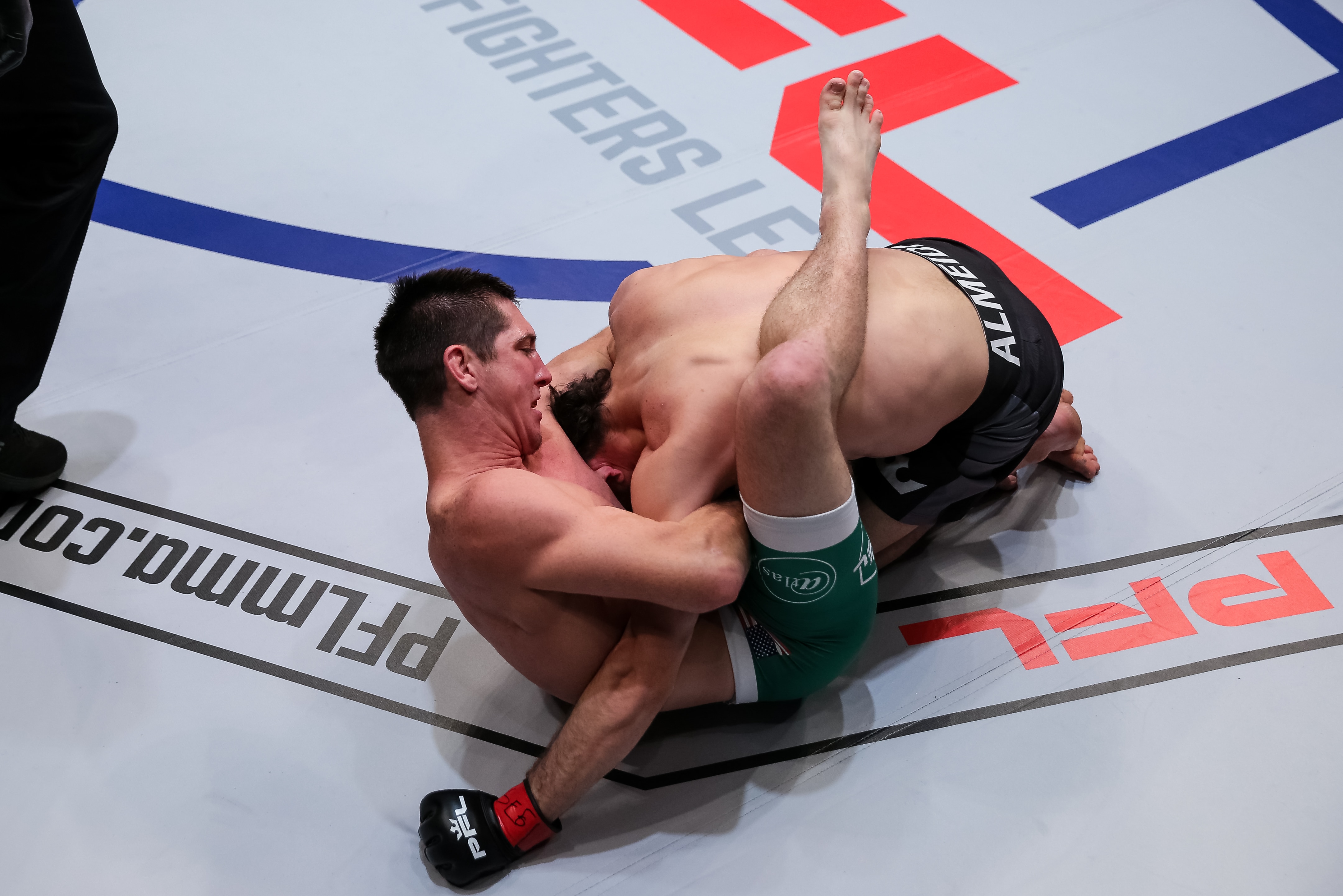 October and the post-season are synonymous. The Major League Baseball playoffs are set to feature the Cleveland Indians, Boston Red Sox, Houston Astros, Atlanta Braves, Chicago Cubs, Milwaukee Brewers, Oakland Athletics, New York Yankees, Colorado Rockies and Los Angeles Dodgers. However, the Fall Classic won’t be the only set of playoffs to grab our attention this October. The Professional Fighters League spices it up even more by hosting the post-season for its inaugural campaign. It all kicks off on Friday, Oct. 5, with the quarterfinal and semifinal rounds of the heavyweight and featherweight tournaments.

The heavyweight bracket has some familiar faces for UFC fans, including Francimar Barroso, Josh Copeland, Jack May, Alex Nicholson and Jared Rosholt. There are a few up-and-comers in the tournament as well, including Philipe Lins, Caio Alencar and Kelvin Tiller. Barroso and Tiller were neck and neck for the top spot in the regular season standings, but the Brazilian edged the American by just one point. Will these two men both find a place in the finals, or will another member of the heavyweight class surprise us?

In the featherweight division, the UFC alumni include Steven Siler, Nazareno Malegarie and Tuerxun Jumabieke. Meanwhile, the up-and-coming talent here is an overwhelming group that includes Andre Harrison, Alexandre de Almeida, Alexandre “Popo” Bezerra, Lance Palmer and Max Coga. While Harrison’s perfect 19-0 mark stands out among the competition, it was Siler who landed the top spot when the dust settled on the regular season. Can Siler keep the momentum going in the playoffs, or will Harrison’s dominant run continue?