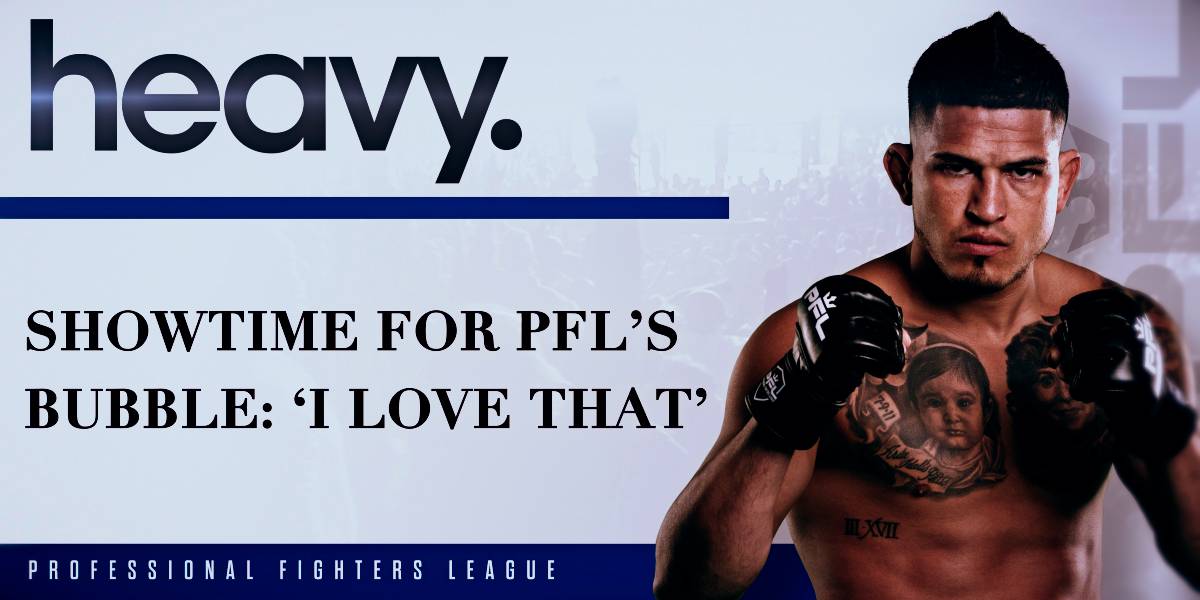 (heavy.) Showtime for PFL’s Bubble: ‘I Love That’

It’s almost “Showtime” for Anthony Pettis and the rest of the competition headed to Atlantic City next month, and the MMA superstar is feeling a mixture of emotions heading into his Professional Fighters League (PFL) debut against Clay Collard on April 23.

“It makes me a little nervous, you know? A lot of fights, a quick turnaround, anything can happen in there,” Pettis told Heavy.

Pettis, 34, from Milwaukee, Wisconsin, is a former UFC lightweight champion who bet big on himself after letting his UFC contract expire last year. Now, the 2-time MMA world champion is facing a situation he’s never experienced before as a professional prizefighter: the PFL’s season-long format and playoff structure.

It’s something the fighter called “fun and interesting”, and it’s also something he’ll have plenty of time to think about while inside the PFL’s bubble in New Jersey.

You can watch Pettis talk about all those things and much more in our video interview below.