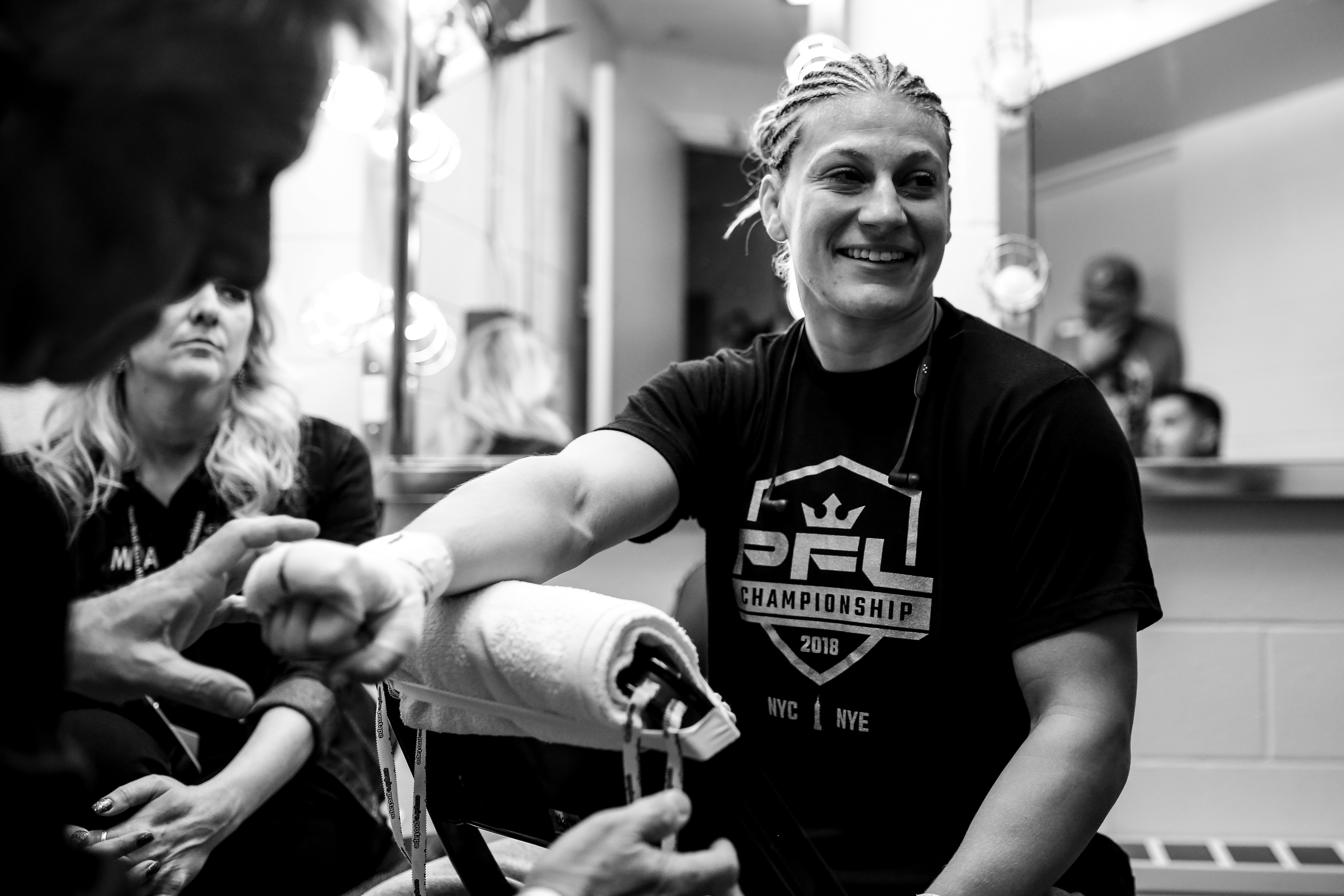 The new season of the MMA promotion is organized around a regular-season format to decide its champion. It begins May 9 at Nassau Coliseum on Long Island.

This season will consist of six divisions with the champion in each earning $1 million. The regular season stretches through August with the playoffs in October

Harrison is 3-0 in MMA and will fight Russia’s unbeaten Svetlana Khautova in her first bout in the women’s lightweight division. Kaufman will fight Morgan Frier in her first matchup.