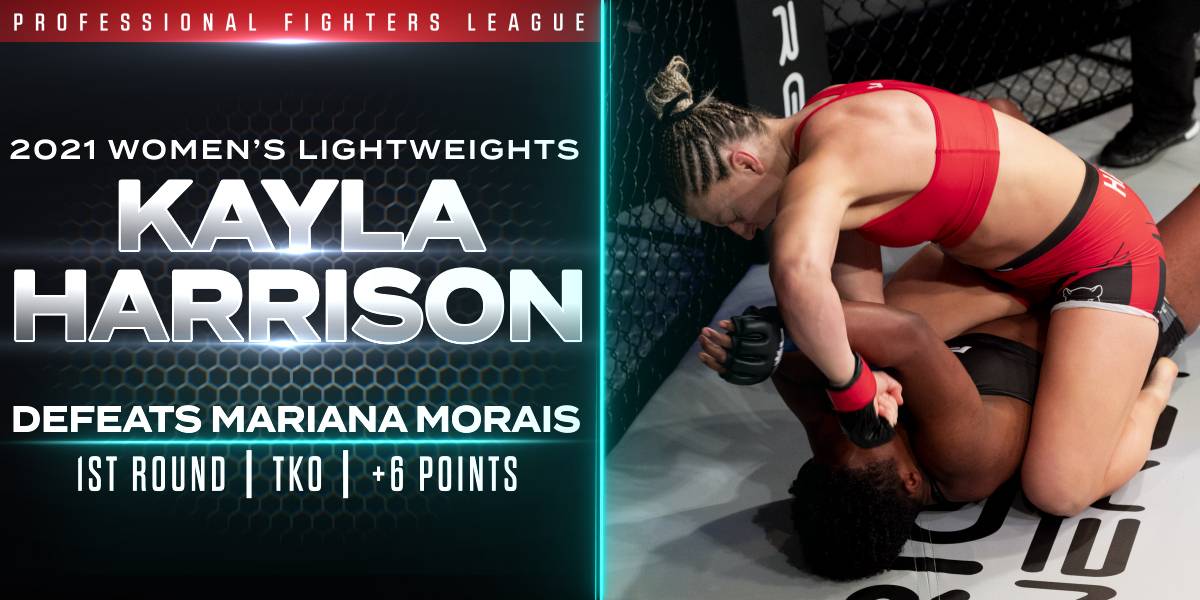 The co-main event of PFL’s third event of the 2021 Regular Season featured the return of Women’s Lightweight champion Kayla Harrison (9-0). The two-time Olympic Judo Gold Medalist welcomed Brazilian Mariana Morais (16-11) to the Decagon to kick off the season. Harrison ran roughshod through her competition last season and looked to repeat that performance against the newcomer. Morais entered the match-up riding a three-fight winning streak and hoped to upset the champion.

Harrison opened with a kick and quickly clinched Morais along the fence. Harrison secured a body lock and dumped the Brazilian to the mat. Harrison landed in side control and immediately moved to mount. She rained punches as Morais failed to defend. A dozen right hands were followed by a dozen lefts. The referee saw enough and rescued Morais from further damage.

The quick finish for Harrison earned her six points in the Women's Lightweight standings.

"Listen, this is a coronation and I'm the queen," proclaimed Harrison. "I'm the baddest woman in this room and any room."