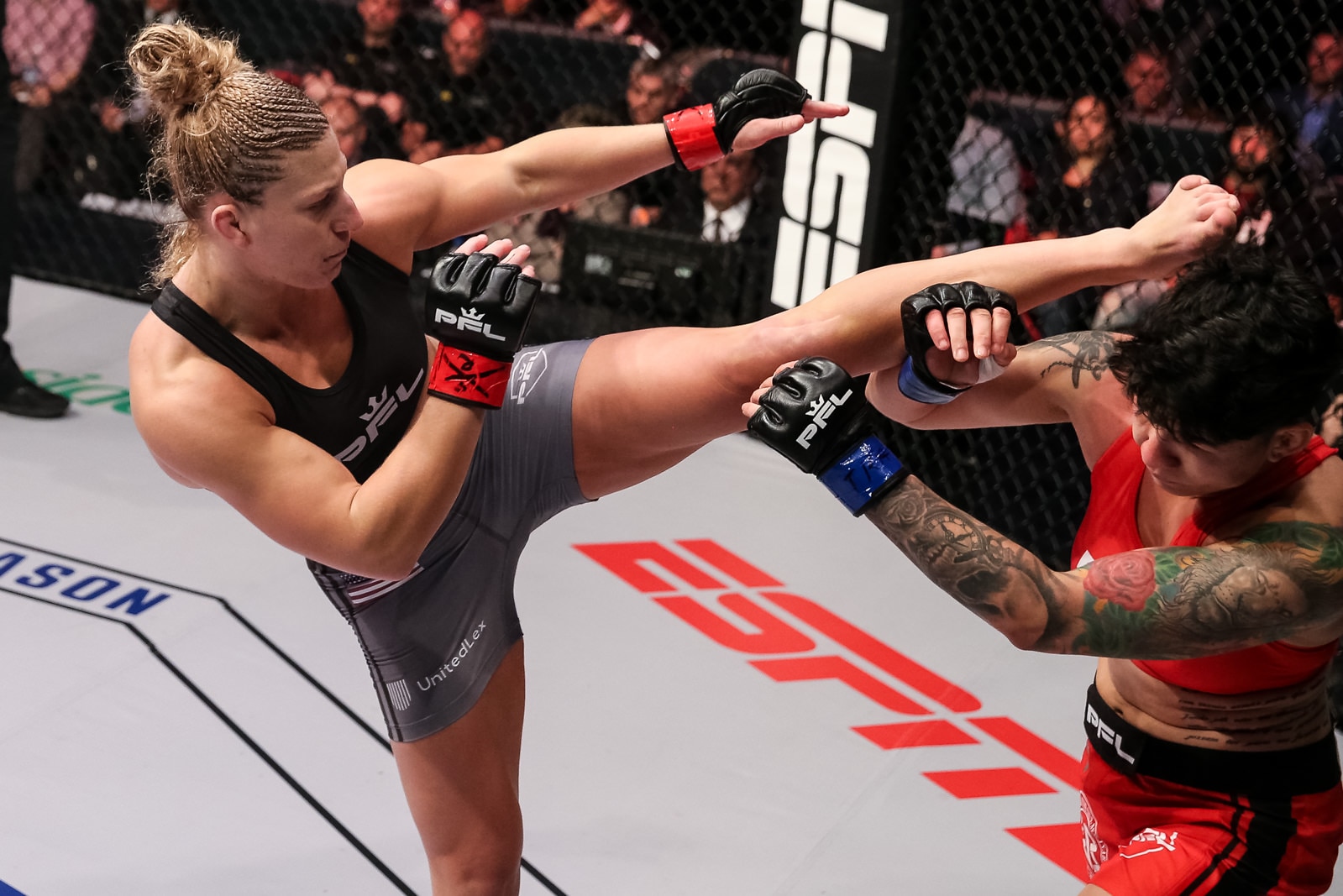 One of mixed martial arts' brightest young prospects remained unbeaten as Kayla Harrison dominated Larissa Pacheco in the main event of the first Professional Fighters League card of the 2019 season at NYCB Live at Nassau Coliseum in Uniondale, New York.

Harrison, a two-time Olympic gold medalist in judo, did virtually whatever she wanted against Pacheco (11-3) and rag-dolled her for three rounds. Pacheco never gave up, though, and hung tough for 15 grueling minutes, but she was never able to get anything going offensively against Harrison, who was much stronger in the contest.

Harrison (4-0) wasn't able to finish off her Brazilian counterpart and had to settle for a lopsided unanimous decision victory instead. Two cageside judges favored Harrison 30-27 while the third official had it 30-25 for the Ohioan, who picked up three points in the PFL women's lightweight regular season, capping off a solid night of MMA on ESPN2.