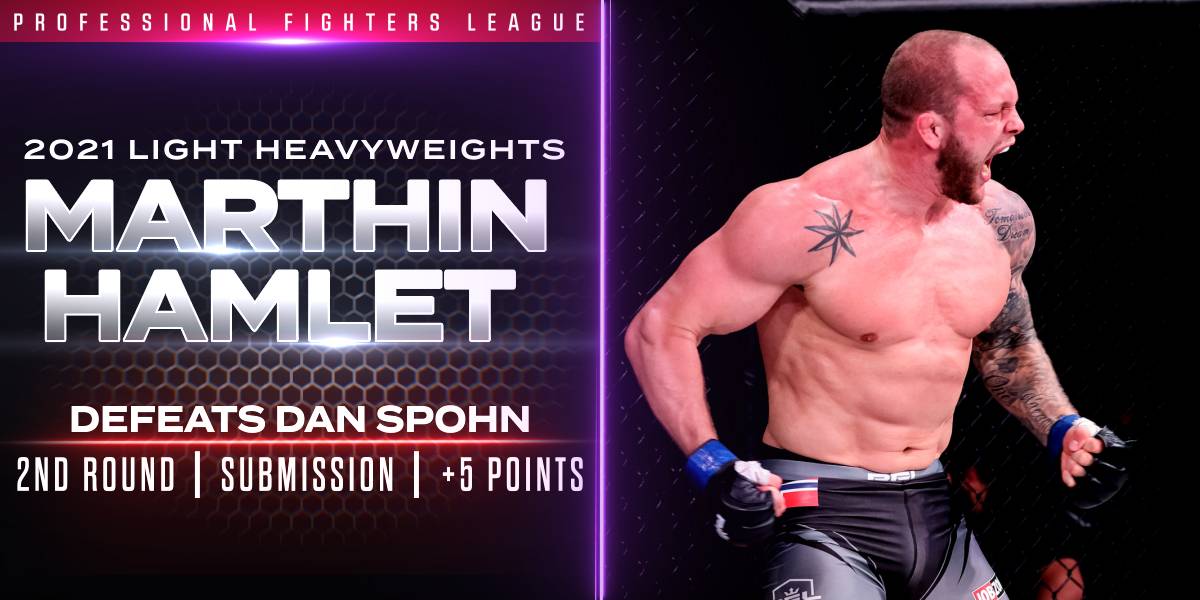 The second PFL card of 2021 kicked off with action in the light heavyweight division as Dan Spohn (18-8) returned for his third season to take on Norwegian newcomer Marthin Hamlet (7-1). The experienced Spohn lost to 2018 winner Sean O’Connell in his last playoff appearance and aimed to start the season with a big win. Hamlet entered the league with a decorated wrestling background, which had led to four finishes in his six career victories.

Spohn fired strikes early, but Hamlet powered into the clinch and he drove Spohn to the mat. Hamlet threw short punches from inside Spohn’s guard. Spohn tried to tie up Hamlet from his back, but the Norwegian was able to stay busy and drop punches. Hamlet was content to work from the guard, as Spohn offered little in ways of attacks from the bottom. With a minute left in the frame, Hamlet passed to half guard, but Spohn was able to return the fight to his guard. That’s where the round would finish.

The second round began much like the first ended, as Hamlet immediately scored a takedown from a single. He landed in the guard of Spohn and went straight to work on an arm-triangle choke. Despite being inside Spohn’s full guard, Hamlet’s squeeze was significant and Spohn was choked unconscious.

After the referee stepped in, Hamlet was elated with his performance. The newcomer earned five points in the light heavyweight standings with the second- ound submission victory.