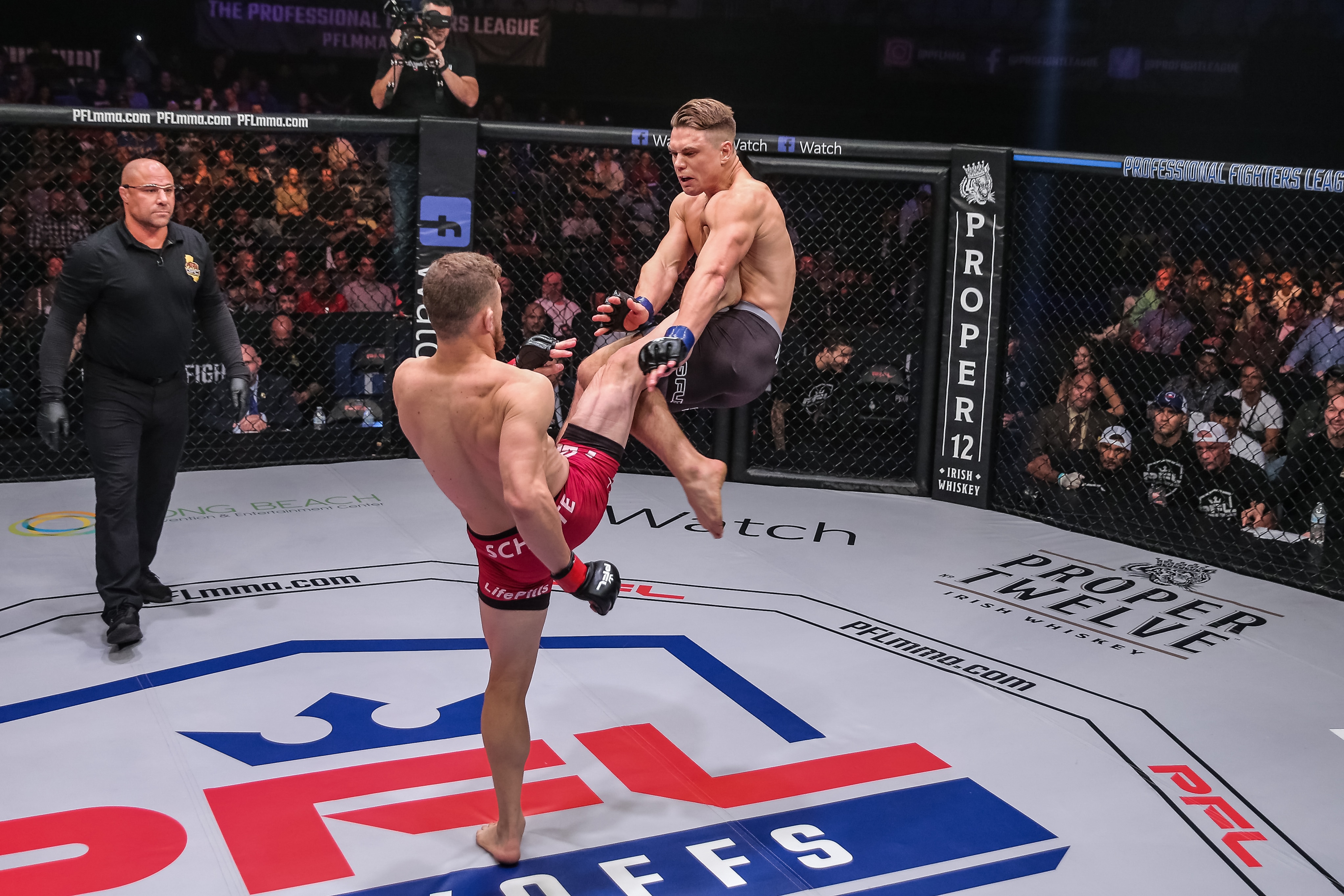 Natan Schulte has a life-changing opportunity in front of him next week.

Ahead of PFL 11, get to know more about Schulte below:

Can you recap your career up to this point?
I was undefeated for a long time. I fought a lot around Brazil, where I become the XFC champion. My American debut was at WSOF. I came in on a 10-fight win streak. That counts for a lot. But I ended up losing to Islam Mamedov. Maybe I shouldn’t have signed up to fight since I was recovering from an injury, and I hadn’t been in the U.S. for very long. Either way, it doesn’t matter. I lost, and there’s isn’t much I can say about it. The streak I’m currently on in the PFL shows who I really am. Plus I’ve evolved in all areas since I came to the U.S. – wrestling, jiu-jitsu, muay Thai, boxing, as well as my thought process. The guys I defeated recently are all UFC veterans – Chris Wade, and Jason High. Plus, I had the draw with Johnny Case, who also has a lot of UFC experience. Now, in the final, I’ll be facing (UFC veteran) Rashid Magomedov. It will be the most difficult fight of my career. I’m training very hard to get past him and become the PFL champion.