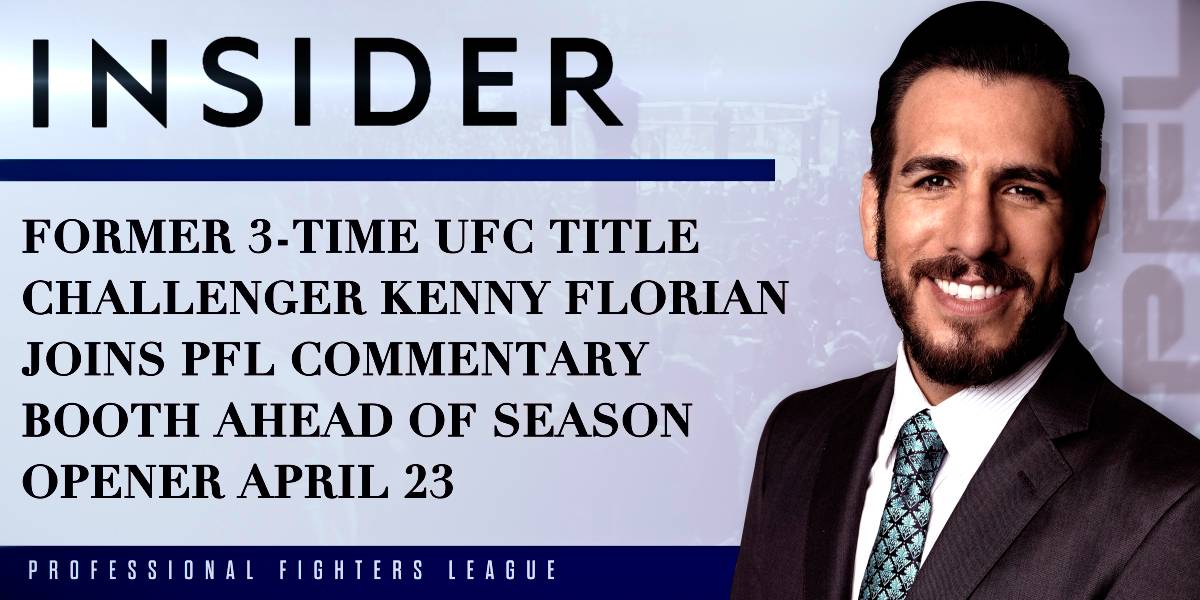 "Breaking down MMA fights and high-level martial arts techniques is what I enjoy most, and I'm elated to be a part of the [PFL] commentary team to get a chance to do just that," Florian said in a statement sent to Insider.

A fourth degree black belt in Brazilian jiu jitsu, Florian reached the final of The Ultimate Fighter in 2005, losing the tournament final to Diego Sanchez.

He went on to compete under the UFC banner until his last fight against Jose Aldo in 2011. Through his career he shared the Octagon with a who's who of MMA fighters like B.J. Penn, Clay Guida, and Takanori Gomi.

In his post-fighting days, Florian held a mic as an analyst for ESPN and worked alongside Jon Anik.

He will now share the PFL commentary booth with the former three-time UFC heavyweight champion Randy Couture and the play-by-play commentator Sean O'Connell.

"We are very excited to add someone as knowledgeable and charismatic as Kenny to our booth, calling all the action this season alongside Randy and Sean," said PFL CEO Peter Murray.