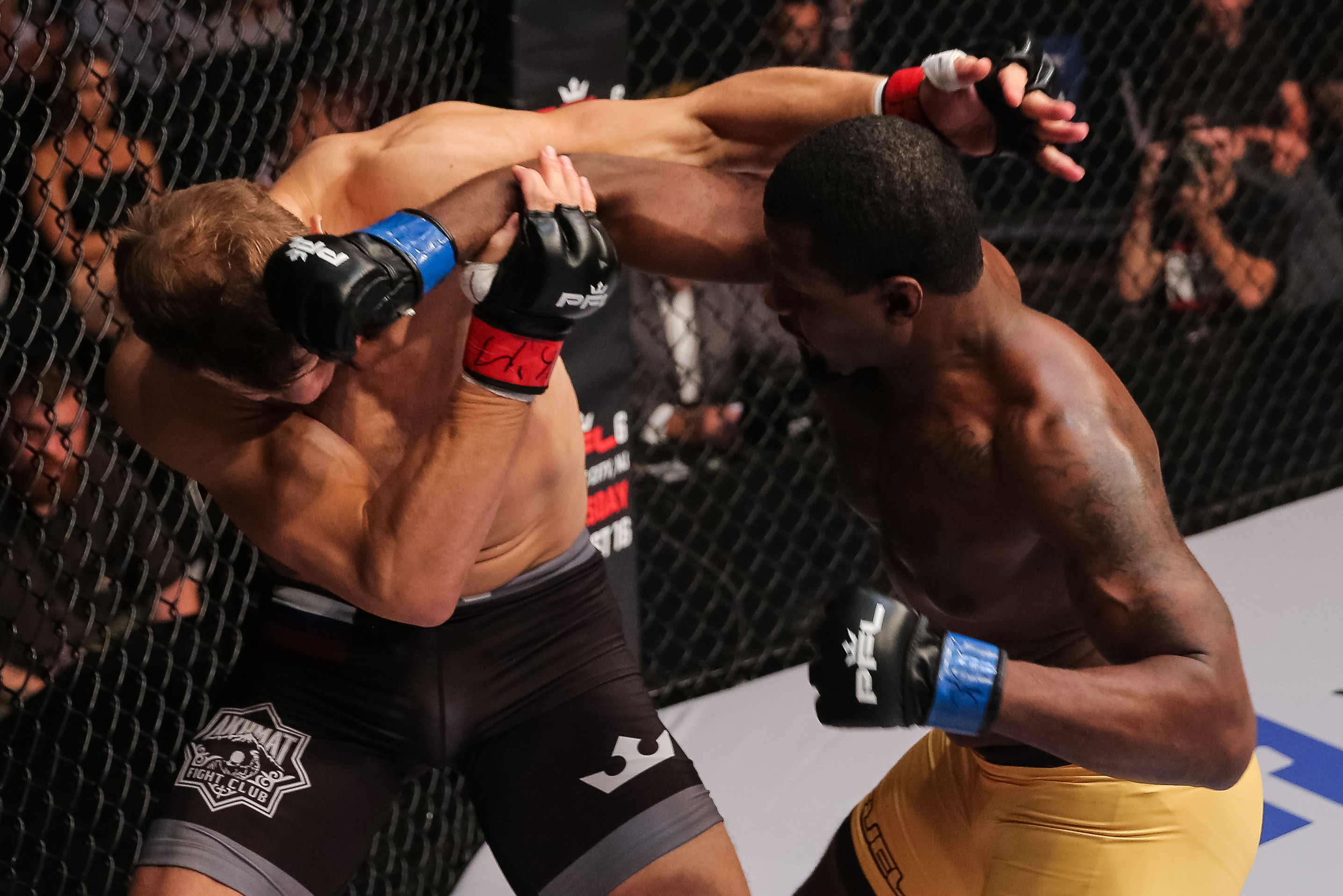 For Rakim Cleveland, it's one fight at a time in PFL playoff format

Though he may have lost his August Professional Fighters League bout to Maxim Grishin via second-round submission, light-heavyweight veteran Rakim Cleveland is not too concerned with the outcome.

As part of the PFL’s seasonal format, Cleveland secured a spot in the promotion’s post season, lessening the sting of the loss to Grishin.

“My thoughts are that it was a good fight,” Cleveland told MMAWeekly.com. “I made some minor mistakes that cost me the fight. Moving forward, I learned from my mistakes and began to prepare for the playoffs.”