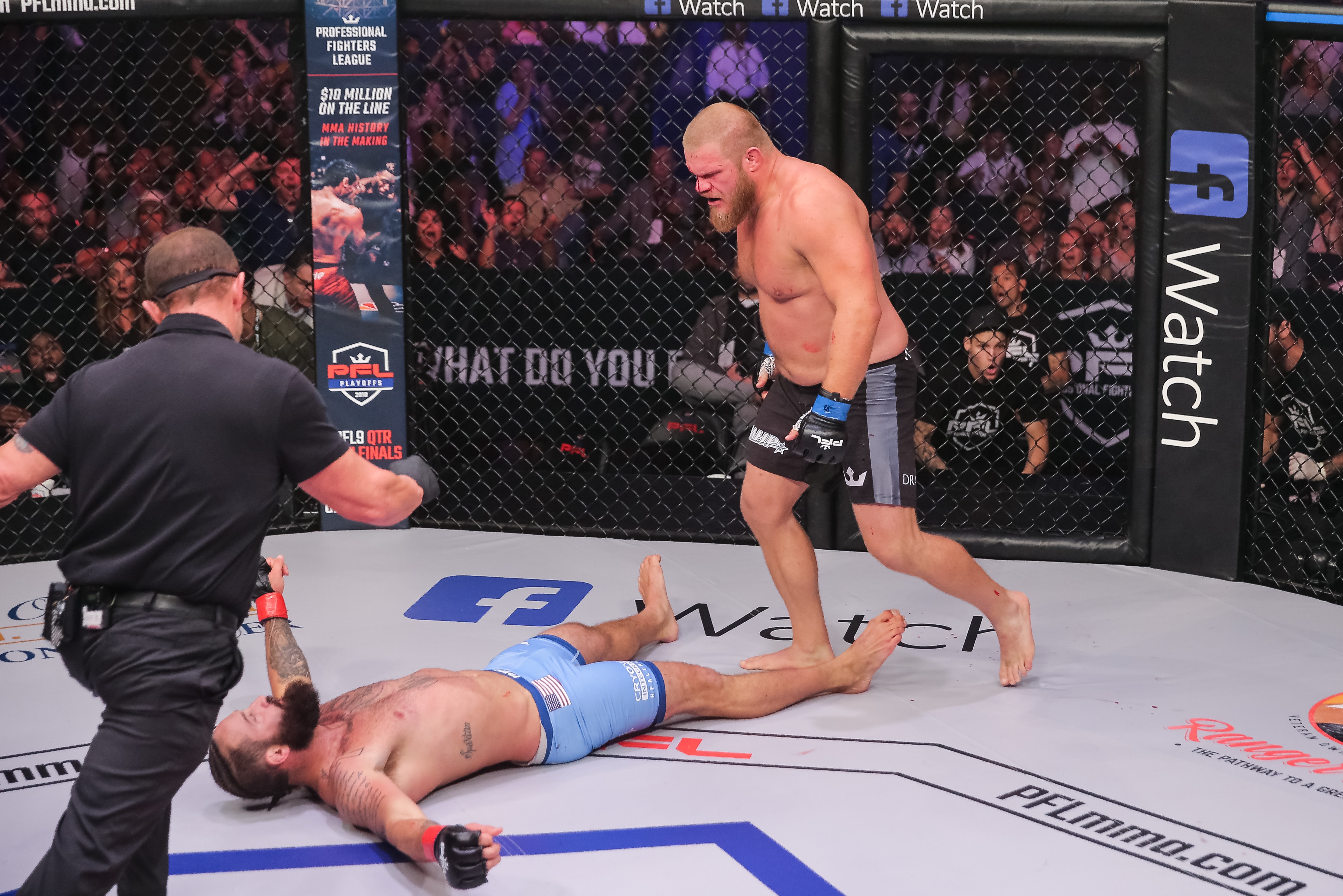 Arguably the greatest surprise at PFL 8 was the improved performance of former UFC heavyweight Josh Copeland, who upset the league’s top seed at heavyweight, and fought his way to the finale later this year in New York City.

The heavyweight finale for the 2018 Professional Fighters League season is set. And one of the biggest stories on the night was the clearly improved Josh Copeland. Copeland, a former UFC heavyweight who went 0-2 in that promotion, later moved to the WSOF, from which the PFL arose. And while Copeland would have a classic battle with then-WSOF champ Blagoy Ivanov, few expected his performance at PFL 8. Make that performances.

Copeland (18-5) has now won three straight, and six of his last seven. Coming into the PFL playoffs, he was far from a lock to make the post-season. Yet his number came up, thanks to a few heavyweight scraps going the distance, and he took the eighth and final seed in the heavyweight playoffs.