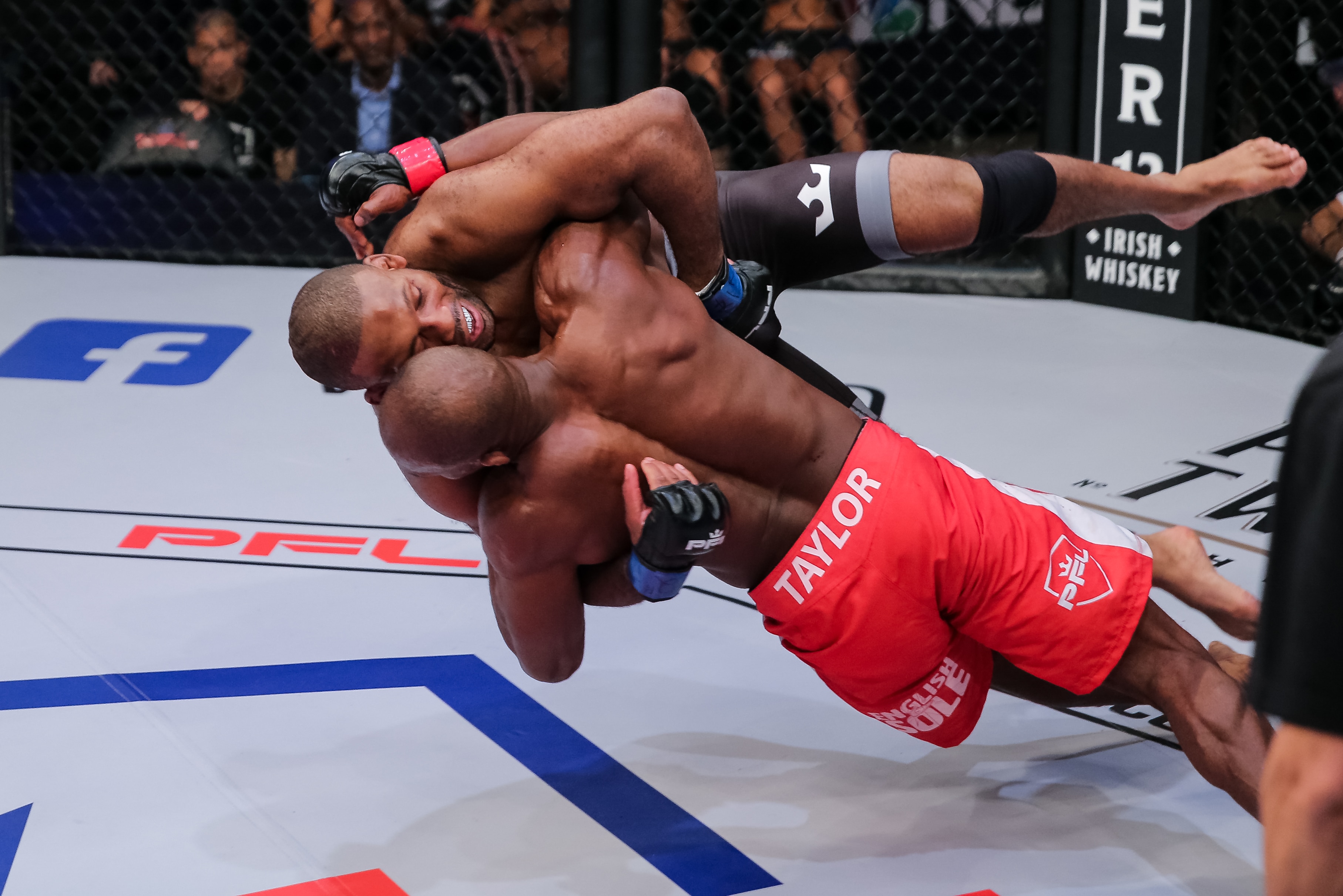 The Professional Fighters League wrapped up its last round of quarterfinal and semifinal bouts at PFL 10, where welterweights and middleweights competed on Saturday at St. Elizabeths East Entertainment and Sports Arena in Washington, D.C. The event featured a breakthrough knockout artist on a mad dash for the $1 million prize, a fighter who had to say “Matte!” and more draws than any other show in the company’s history.

WE’RE ON A MISSION FROM GOD: Wrapping up the quarterfinals and semifinals of the PFL 2018 playoffs, five of the six No. 1 seeds advanced into the finals, with only heavyweight top seed Francimar Barroso losing before the final round.

YOU’VE BEEN REPLACED: After completing the playoffs up to the finals, six different fighters across five weight classes stepped in to replace fighters in the tournament. None of those six replacement fighters won their fights, although Abubakar Nurmagomedov drew with Bojan Velickovic and advanced. However, he was forced to withdraw due to a hand injury.

ON THE ONE HAND: At welterweight, Ray Cooper III stormed through the competition with two first-round knockouts of Jake Shields and another against Handesson Ferreira to secure his spot in the final. Facing him will be Magomed Magomedkerimov, who never left any doubt by beating Pavel Kusch on the scorecards and then knocking out replacement Velickovic to fight for the prize.