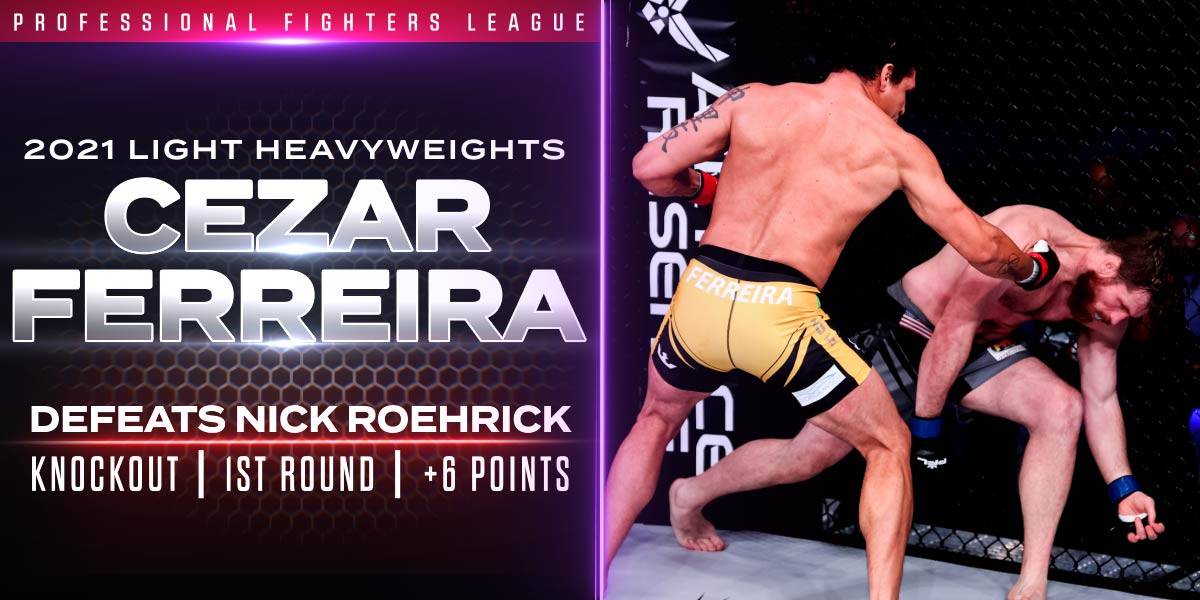 A pair of light heavyweight newcomers locked horns on the PFL 2 preliminary card as Brazilian Cezar Ferreira (14-8) took on Nick Roehrick (9-2). Ferreira — a protégé of former UFC champion Vitor Belfort — made a name for himself by winning the first season of The Ultimate Fighter: Brazil. Denver’s Roehrick is also a UFC veteran, who had tasted defeat just once entering his league debut.

Ferreira scored with a kick early that backed Roehrick to the fence. The Brazilian sensed that Roehrick was stunned and he unleashed a barrage of punches that hurt Roehrick badly. The onslaught included alternating right hooks and left straights that sent Roehrick to the mat for good just 37 seconds into the fight.

“Mutante” celebrated wildly while the doctors attended to Roehrick. The devastating first-round finish by Ferreira vaulted him to the top of the light heavyweight standings with six points.