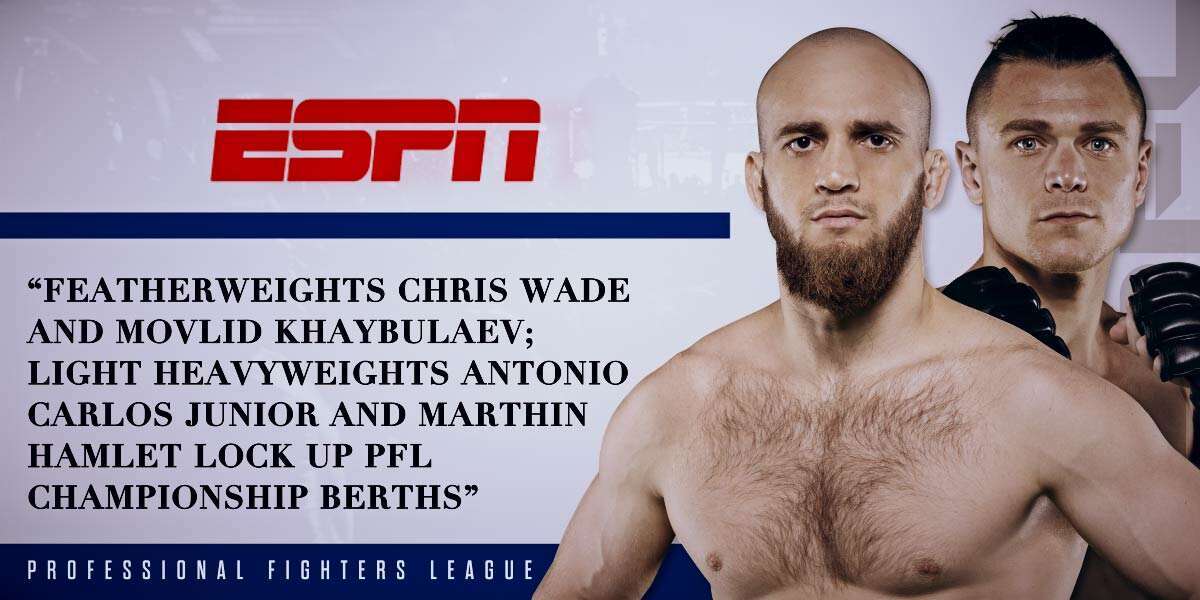 He dominated top-seeded featherweight Brendan Loughnane on Friday night in the PFL semifinals at the Seminole Hard Rock Hotel & Casino in Hollywood, Florida, and claimed one of four championship spots on the line across the PFL's featherweight and light heavyweight divisions.

But while the bout had a championship feel, it was just a semifinal. In order to take home the $1 million season prize, Khaybulaev will have to defeat Chris Wade in the Oct. 27 final. Wade thoroughly outwrestled Bubba Jenkins on his way to a championship spot after losing in the semifinals at 155 pounds in both 2018 and 2019.