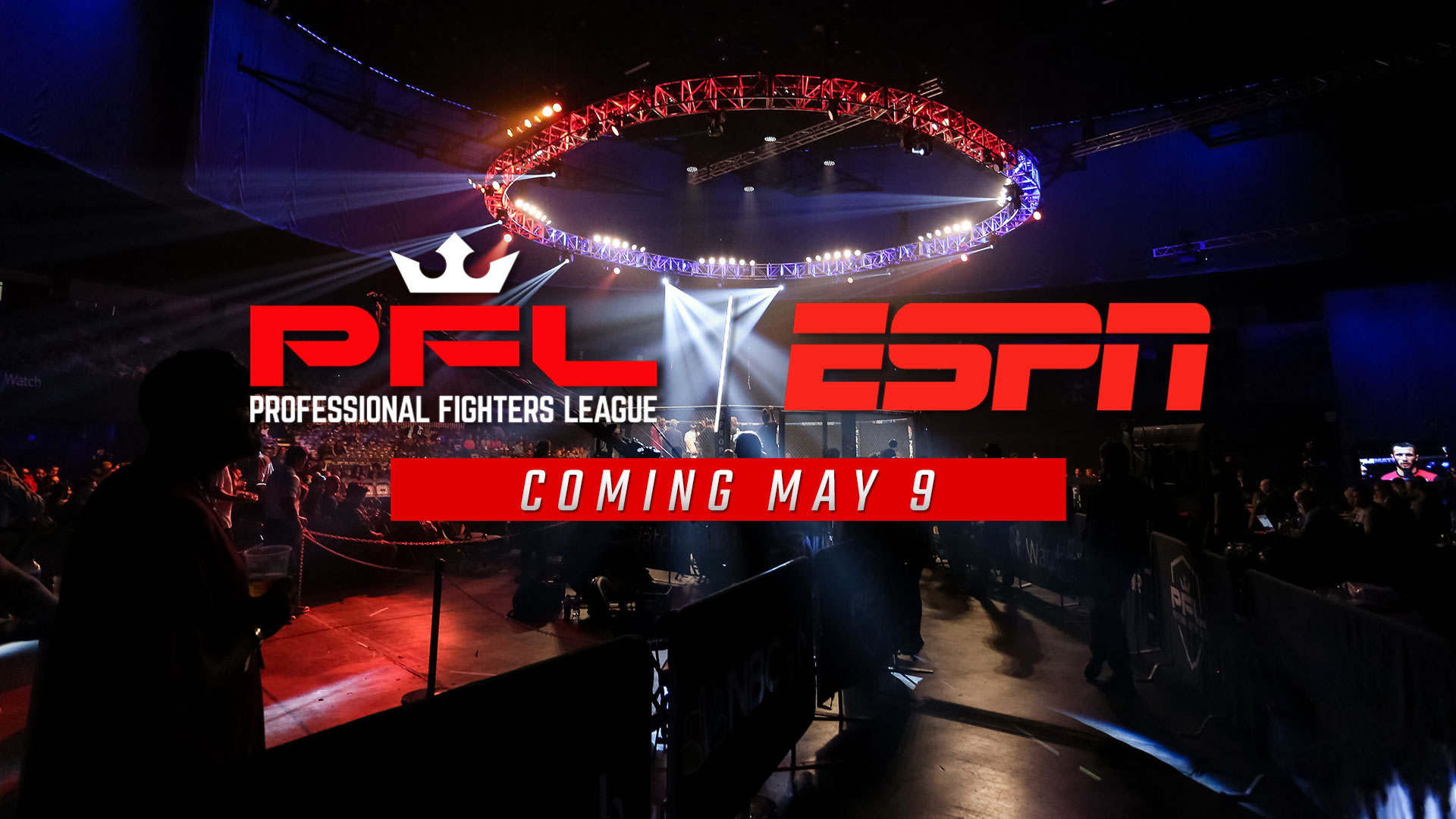 NEWS | ESPN is the New Home of the PFL

The Professional Fighters League, the only MMA organization with a true-sports format, is teaming up with ESPN, The Worldwide Leader in Sports, a huge win for the league and MMA fans across the country.

The deal was announced today, as the PFL, ESPN and ESPN+ released the details on a multi-year partnership establishing ESPN2, ESPN Deportes and ESPN+ as the exclusive linear television and digital destinations for PFL in the United States, while also granting distribution rights to TSN in Canada. In addition to pre- and post-fight coverage, ESPN2, ESPN Deportes and ESPN+ will promote and broadcast 10 Live PFL events and additional exclusive PFL programming. See the full press release here.

Heading into the 2019 season, MMA fighters from around the globe have taken notice of the PFL’s success. The league, led by former combat sports legend and current PFL President Ray Sefo, has been evaluating talent for the last few months. The 2019 roster will feature a combination of new and returning fighters in six weight divisions, including a new Women’s Lightweight Division, the first of its kind in the sport of MMA.

The PFL is preparing to release its 2019 roster in three rounds starting on March 4th, and will be producing a web series around the roster selection called “Making the Cut”, just part of a preseason packed with content. Here’s the 2019 PFL Schedule:

The PFL’s debut season was a huge success in 2018, as it featured non-stop action, unprecedented payouts and a fan-friendly format that closely resembled that of other major sports (NFL, MLB, NBA, NHL). Here’s why fighters and fans love MMA’s newest league:

ESPN+ is the first-ever multi-sport, direct-to-consumer subscription streaming service from The Walt Disney Company’s Direct-to-Consumer and International segment and ESPN. It offers fans thousands of additional live events, on-demand content and original programming not available on ESPN’s linear TV or digital networks. This includes hundreds of MLB, NHL and MLS games, Grand Slam tennis, Top Rank boxing, PGA Tour golf, college sports, international rugby, cricket, the full library of ESPN Films (including 30 for 30) and more. Fans can subscribe to ESPN+ for just $4.99 a month (or $49.99 per year) and cancel at any time. ESPN+ is an integrated part of a completely redesigned ESPN App. Already the leading sports app, the new ESPN App is the premier all-in-one digital sports platform for fans and a showcase of the company’s culture of innovation. With a richer, increasingly more personalized experience, the new ESPN App curates all of ESPN’s incredible content into an experience unique to each fan’s individual tastes. ESPN+ is also available through ESPN.com.